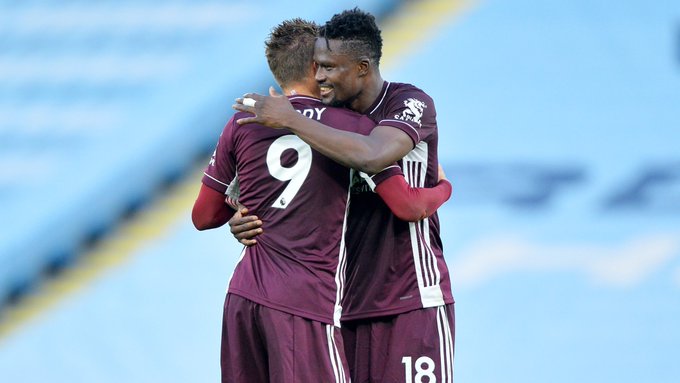 Leicester City defender, Daniel Amartey, has drawn a lot of praise after making his first Premier League appearance in two years in his side’s win over Manchester City.

The Ghana international was in superb form, helping Leicester to an emphatic 5-2 win over Pep Guardiola’s side at the Etihad.

It was only Amartey’s fourth competitive game in two years after suffering multiple setbacks in his recovery from an ankle injury he suffered back in 2018.

Black Stars Head coach CK Akonnor, and former captain Asamoah Gyan are among some who have praised the 26 year old’s performance on his Premier League return.

Congratulations on your massive comeback @DanAmartey.

Patience, Character and positive attitude is an important aspect of this our trade called football… it’s been 2 years…welcome back bro, keep your head, I thank God for your life and career @DanAmartey pic.twitter.com/GCHbmp7KDh

Makes his Premier League comeback with 90 minutes in a 5-2 win over Manchester City.@DanAmartey 👏👏

Daniel Amartey did really well. Solid 90 mins and more to come from him.

Do not sell Daniel Amartey @LCFC!