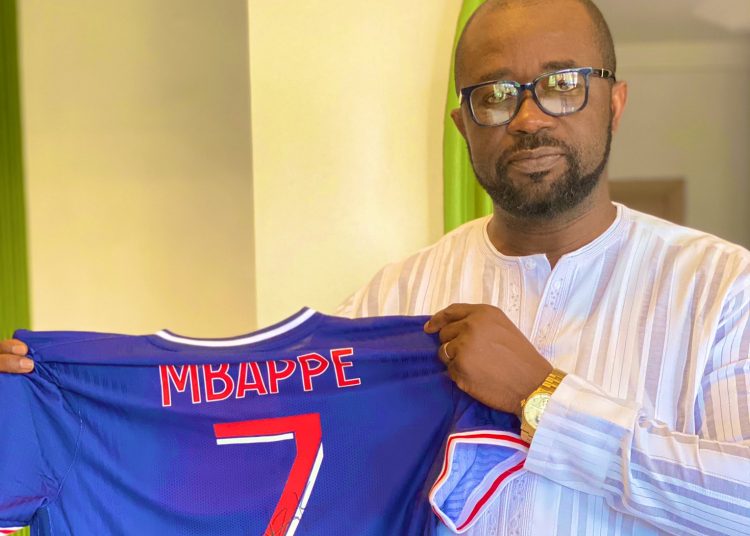 Mbappe message of “for Kurt and Ghana” can be seen on the front of the jersey, pictures of which were posted on Twitter by Kurt Okraku.

The world-cup winner who currently plays for French champions, Paris Saint Germain (PSG)was born in France but has African heritage, with his father from Cameroon and his mother of Algerian origin.

Along with the pictures of the jersey, PSG’s home kit for the new season, Kurt Okraku also tweeted his thanks to the 21-year-old. 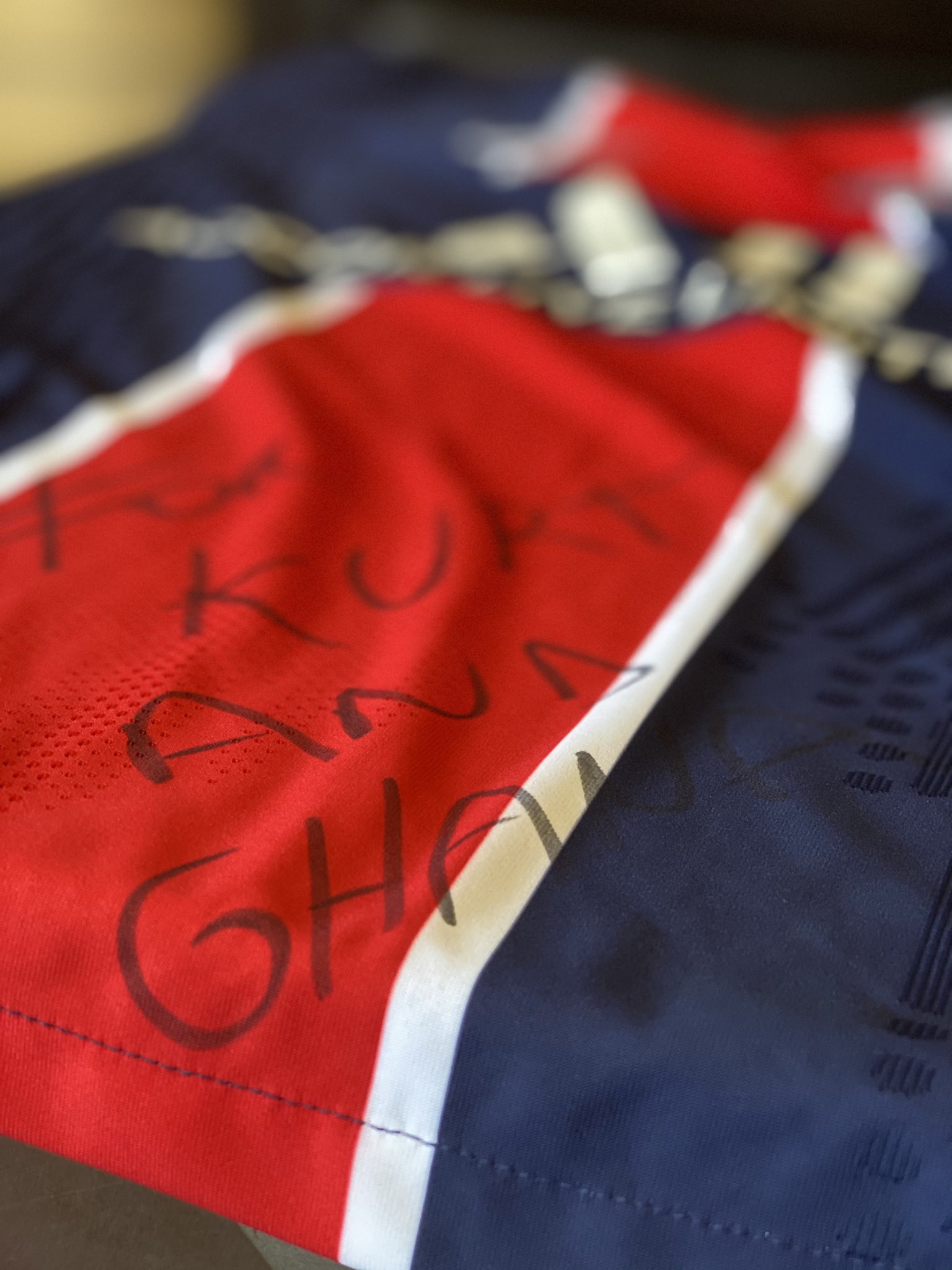 The PSG forward is one of the most sought after players in world football with teams lining up to prise him away from the French side.

PSG paid £166m to sign Mbappe from Monaco and he’s been instrumental for them since then, leading them to three French titles and the Champions League final last season.

He was also heavily-involved as France became world champions in 2018.