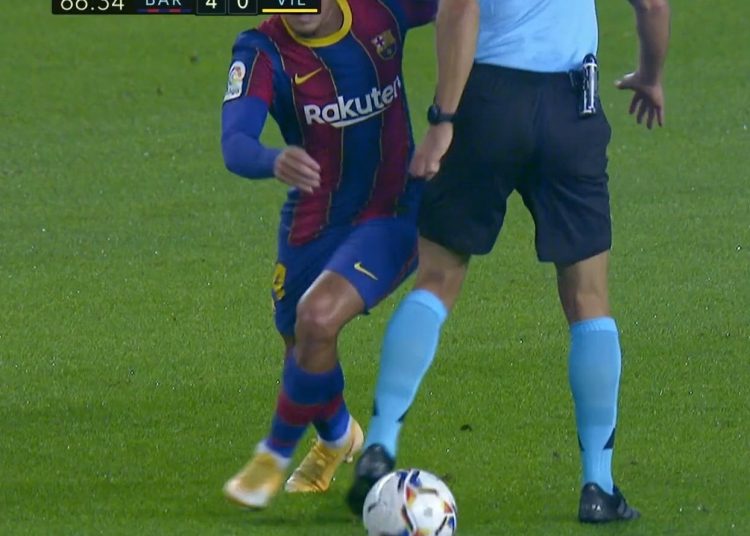 After winning the treble with Bayern Munich last season, Philippe Coutinho returned to the Barcelona starting lineup as they beat Villarreal 4-0.

It was a perfect night for the Catalan giants as Ansu Fati grabbed a brace before Lionel Messi scored from the spot and then an own goal by Pau Torres handed them the thumping victory.

Although Ansu Fati performed well, it was the Brazilian who grabbed the headlines as he provided an assist and nutmegged the centre referee, Guillermo Cuadra Fernandez.

With the Fernandez obstructing him, he brilliantly slipped the ball through the referees legs and then went ahead to pass to a colleague.

The Brazilian showed flashes of his quality as he aims to rescue his career at the Camp Nou afyer seemingly being frozen out by previous managers.

Barcelona will play their second La Liga game on October 1, 2020 away at Celta Vigo.