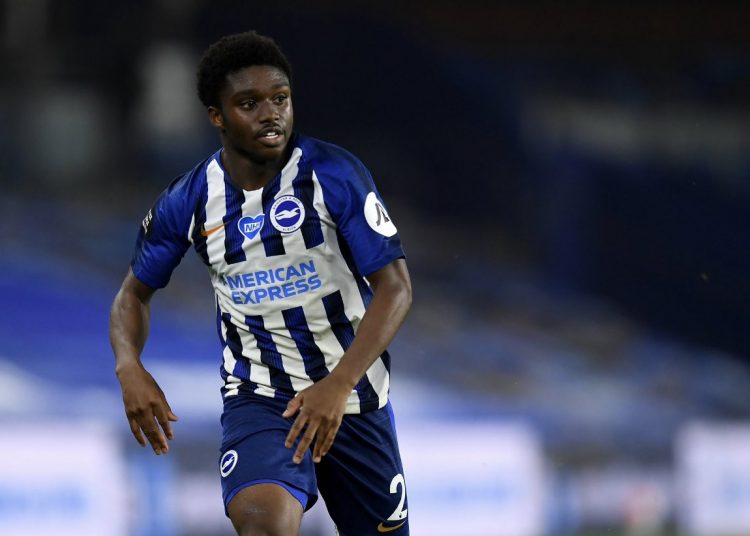 Brighton and Hove Albion right wing-back, Tariq Lamptey, says he has not decided on which country he will represent at the international level yet.

The 19-year-old, after making his debut in the Premier League for Chelsea against Arsenal last season has been the subject of praise and hype following an impressive string of performances.

A lot more praise has been showered on him as he has been phenomenal for Brighton in the 2020-2021 season so far, winning two penalties for his side in three games.

The England-born speedster could represent Ghana at senior level as the West African powerhouse hotly pursue him following his explosive start to the season in the Premier League.

“I’m still young so I’m just looking forward to the next game which is Manchester United and to keep playing as well as possible. Whatever comes next, we’ll see”, Lamptey said before the Man Utd game on Saturday in the Premier League.

“At the end of the day, the harder I work and the more games I get in are the most important things for my development.

“What happens in the future on the international side, we’ll have to wait and see.”

Tariq Lamptey, 19, made his England U-21 debut earlier this month and faces stiffer competition from the likes of Aaron Wan-Bissaka, Trent Alexander-Arnold, Kieran Trippier, Reece James and Kyle Walker who are all starters for their club sides and big names in the Three Lions setup.

Lamptey was born in England to Ghanaian parents and is eligible to represent either country.