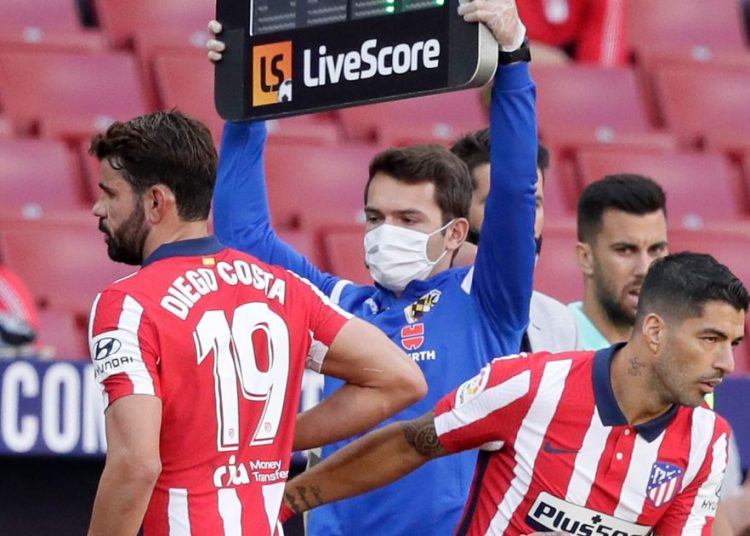 Luis Suarez and Diego Costa are not strangers to controversies in football with the latter believing that will brew a solid partnership to the advantage of Atletico Madrid.

The Spaniard welcomed Suarez to Diego Simeone’s squad joking his partnership with the Uruguayan will be complimentary “one of us bites and the other kicks”.

Luis Suarez joined the team from FC Barcelona on a two-year contract after it was made clear his services wouldn’t be needed at the Camp Nou.

Barcelona will be regretting this now as the 33a-year-old needed just 20 minutes to hit a brace and an assist.

Suarez’s performance seemed to have impressed Costa as he says he relishes working with the Uruguayan forward.

“I like Luis Suarez. It’s really good, one of us bites and the other kicks,” Costa told reporters after the game.

“I don’t know why Barca let him leave, but it’s up to them.

“He has a warrior spirit to win titles, hopefully we can give that to the fans.”

Costa also said the arrival of Suarez gives the team strength in depth, something he believes is vital if the Rojiblancos are to compete for silverware this season.

“The truth is that the seasons where we won titles we always had great players like [David] Villa, Adrian [Lopez], and Raul Garcia,” he added.

“Three important players came out and another three came in who could play in any team. There is fair competition. You have to compete.”

Atletico Madrid will travel to Huesca on 30th September 2020 will be hoping for more goals as they fight for domestic silverware in the 2020-2021 league season.