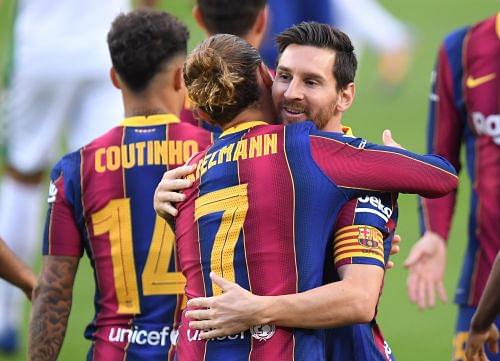 Barcelona superstar Lionel Messi is keen to put his summer transfer stand-off with the club behind him, while assuring fans he never meant to cause the Blaugrana any harm.

Last month the Argentine told Barcelona of his intention to activate a clause in his contract that would allow him to leave on a free transfer.

Barcelona, though, hit back, saying that the window to activate the clause had closed because the request needed to be made in June, not in August, when the coronavirus-extended season eventually ended.

Rather than challenge Barcelona in court, Messi told Goal earlier this month that he would drop his request to leave and stay at the club for the 2020-21 season.

As his contract enters its final season, Messi’s future is far from certain as his frustration with the Catalan outfit has reached an all-time high.

In an interview with Sport, however, Messi has told his club’s fans that he did not mean to offend them during the dramatic showdown with the Blaugrana, saying he always had the club’s best interests in mind.

“I take responsibility for my errors and if they existed, it was only to make FC Barcelona better and stronger,” Messi said.

“I wanted to send a message to all the socios and fans that follow us. If at any moment, any of them were annoyed by something that I said or did, let there be no doubts that anything I did was always with the club’s best interests in mind.”

Barcelona began their new campaign at the weekend with a 4-0 win over Villarreal at Camp Nou. With the new season now underway, Messi has underlined his desire to put the drama of the summer behind him and focus on the club’s on-field goals.

“After so many disagreements, I would like to bring an end to everything. We all have to be united and assume that the best is yet to come,” the 33-year-old said.

“Uniting passion with excitement and motivation will be the only way to achieve our objectives, always united and rowing in the same direction.”

Barca’s campaign continues on Thursday with a La Liga match at Celta Vigo.