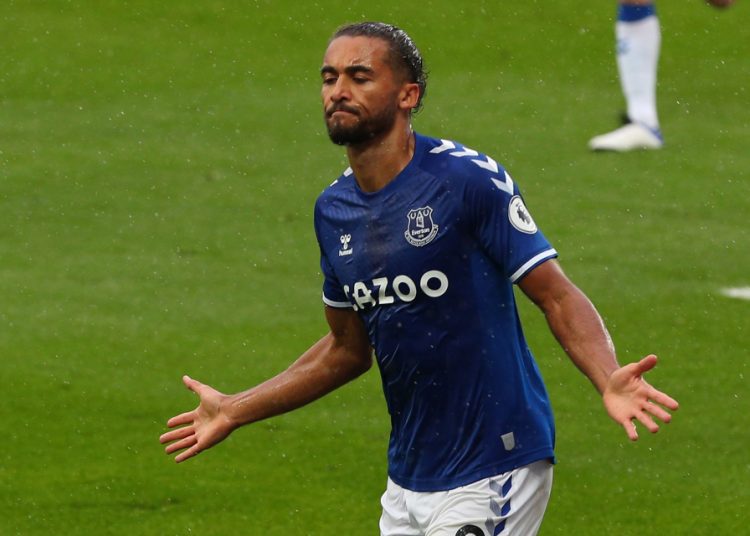 The Everton striker scored his NINTH goal in just six matches when he headed home a Gylfi Sigurdsson cross in the 16th minute of Saturday’s 4-2 win over Brighton.

The goal also saw him equal a long-standing record by becoming the first Everton player to score in his first four matches since Tommy Lawton in 1938.

Calvert-Lewin’s header was cancelled out by Neal Maupay after the Brighton striker was gifted a goal by Jordan Pickford’s error.

The goalkeeper has now made the joint-most errors leading to goals since the start of last season with five alongside Newcastle’s Martin Dubravka.

Rodriguez then made sure he scored in back-to-back home league matches when he turned home Alex Iwobi’s smart cutback seven minutes after the break.

The Colombia playmaker completed his brace with another similar goal, but this time he tapped in Abdoulaye Doucoure’s cutback.

Yves Bissouma pulled one back for Brighton in injury-time, but it was merely a consolation goal.

While Everton maintained their unbeaten start to the season, question marks will remain over Pickford ahead of England’s three matches against Wales, Belgium and Denmark this month.