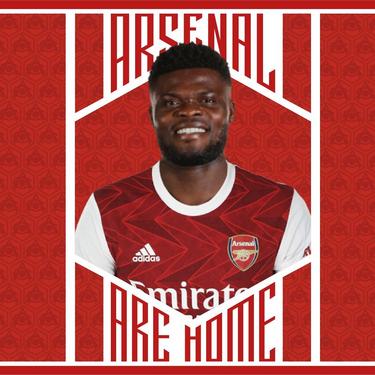 Arsenal have confirmed the signing of Ghana International Thomas Partey from Atletico Madrid.

The 27 year old joins Mikel Arteta’s side after his £45 million release clause was triggered by the London side.

Partey spent eight years at Atletico, and played a key role as Diego Someone’s side won the 2018 UEFA Europa league.

Arsenal announced the deal on their official twitter handle on Monday.

Welcome to the Partey! 🥳

Partey becomes the most expensive Ghanaian transfer in history, surpassing Michael Essien’s £22 million pound move from Lyon to Chelsea back in 2005.