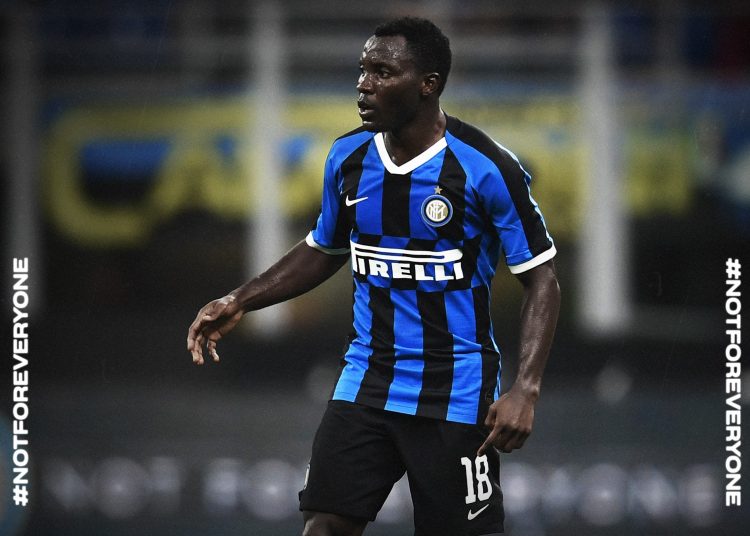 Inter Milan has confirmed the departure of Ghana international, Kwadwo Asamoah after two years with the club.

Thank you for being a part of our team ⚫🔵

Best of luck for the future, boys! 💪 pic.twitter.com/oKFd0DB9yi

Asamoah’s stint at Inter Milan, was marked with injuries and an inconsistent form has finally led him to be offloaded by the Italian powerhouse.

The midfielder-cum-left-back is now a free agent and could join any club with reports that some Italian clubs are after his signature.

The Ghana international joined Inter in 2018 after six successful years at Juventus.

He joined Inter on a free transfer in the summer of 2018 and has since played 53 games for the clubs in all competitions.

The love relationship between Conte and Kwadwo didn’t turn out as expected as he was limited to just eight league games and three UEFA Champions League matches in the 2019/2020 season due to a series of injuries.

However, the 31-year-old has now been frozen out of Inter Milan first-team setup, after several injuries.

Asamoah was dropped from Inter’s 41-man squad for the knockout round of the Europa League where they finished as runners-up to Sevilla.

There is good competition in the team - Partey on Black Stars