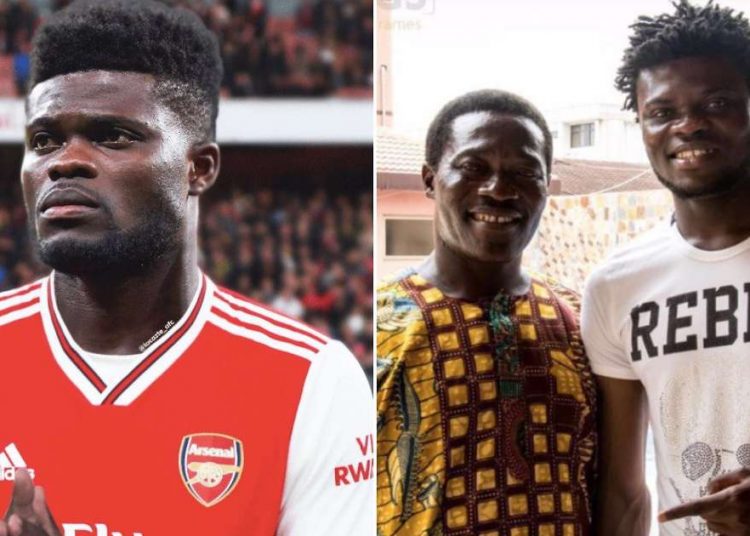 Thomas Partey’s father says he believes he played a major role in his son’s decision to join Arsenal despite the fact that they are not playing in the Champions League.

Thomas Partey’s move to Arsenal has been the biggest news in recent days on the Ghanaian front. The Ghanaian superstar joined the Gunners on transfer deadline day after the Gunners triggered his £45m release clause to acquire his services.

There has been a significant evolution in the career of Thomas Partey, who has journeyed from Ghana, through to Spain before landing a big-money move to Arsenal in England.

His time at Atlético Madrid saw him play at the highest level, including Champions League football.

Arsenal, however, is not playing in any of the UEFA Champions this season after they failed to secure a top-four spot in the Premier League.

According to the father of Arsenal’s latest recruit, Jacob Partey, his son wanted to go to a team that were playing in the Champions League but was able to consider other alternatives.

Jacob Partey also revealed that he was aware that his son was attracting a lot of interest from big European clubs.

We actually weren’t disturbed by anything because we hoped a bigger team will come for Partey. We were aware of the [other teams that were interested]: Juventus, Chelsea, and so forth. So about all these, we knew God was with us. From that minute we started to dance to ‘Party after Party’.

The 27-year-old is in contention to start when the Premier League resumes after the international break over the weekend.