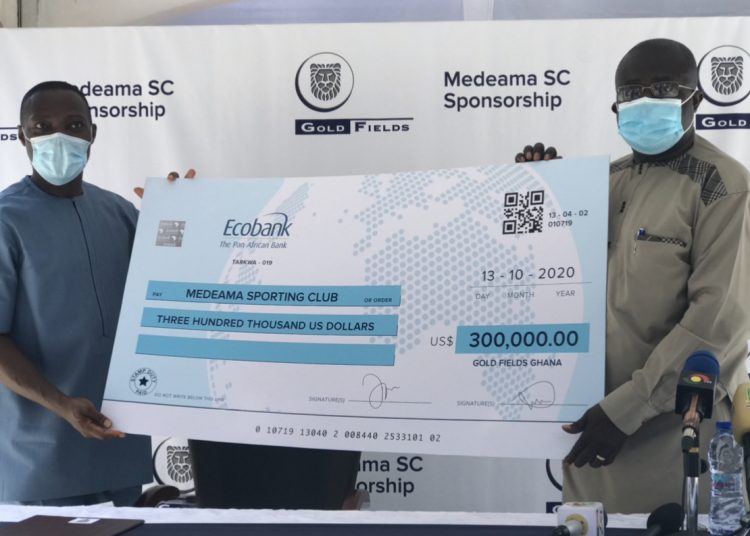 The deal, worth a whopping $300,000, is meant to cater of the club’s campaign in the upcoming Ghana Premier League and the FA Cup competitions.

The cost of players’ and managers’ salaries, as well as medical, accommodation, feeding and logistics for the team is expected to be covered by the amount. 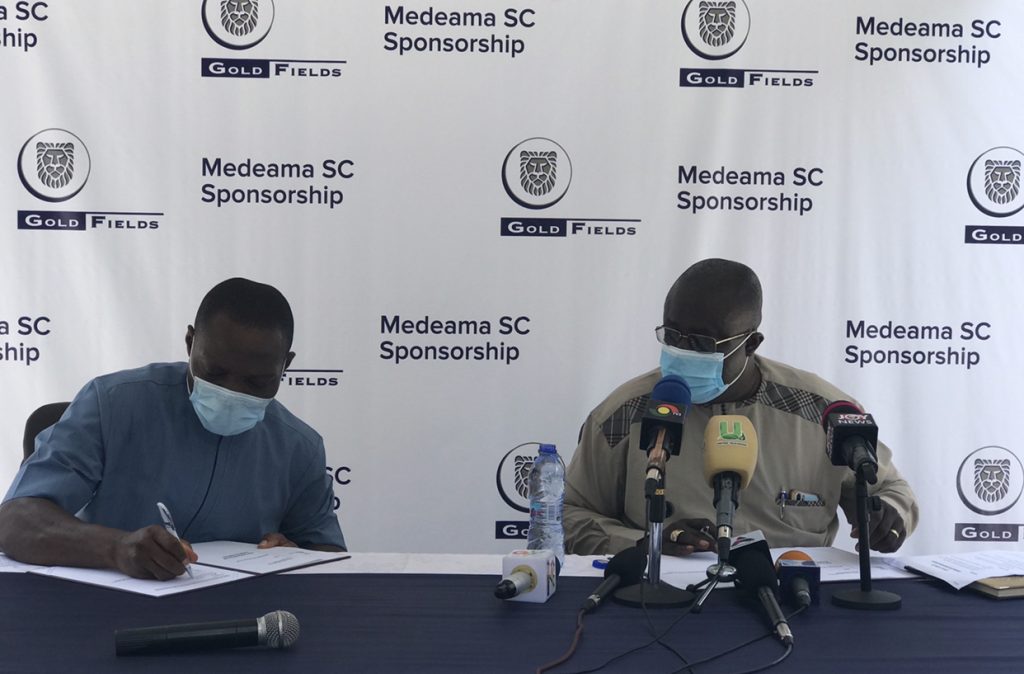 Alfred Baku, the Executive Vice President and Head of Gold Fields West Africa, disclosed that the club’s fine showing in the GHPL in recent times, pushed the company to back them in the sponsorship deal.

“Medeama, in the last two seasons have been impressive.

“The club’s achievement, before the suspension of the 2019/2020 GHPL was very commendable, beating giants Asante Kotoko and Accra Hearts of Oak at the Akoon Park,” he said.

“We will continue to support the club because we believe that our host community in Tarkwa can develop through the game of football,” he added.

Medeama Sporting Club, were twice top of the league, in the last two truncated GHPL seasons.