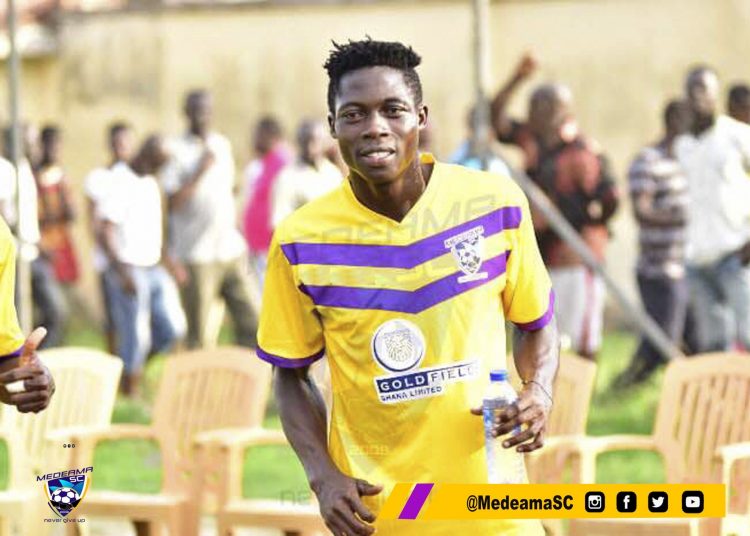 The powerful midfielder has been on the books of giants, Asante Kotoko, for the past few months, after a successful loan spell with the Porcupine Warriors in the 2019/2020 season.

Negotiations between Medeama and Kotoko have dragged for months, with the Tarkwa based side insistent on Kotoko paying their reported $100,000 asking price.

Medeama President, Moses Armah, has now confirmed that any proposed move in relation to Blay to Kotoko is now off.

“We we’re negotiating with Kotoko for his transfer, but we couldn’t agree a fee,” he said.

”If we are to sell him, we would need time to get an adequate replacement.

”We are not in a hurry at all. We are also building to be one of the greats in Africa.

”So for now, Blay is staying. He’s in Tarkwa with us,” he added.

"I could only eat rice and chicken": Michael Essien opens up on settling down in France