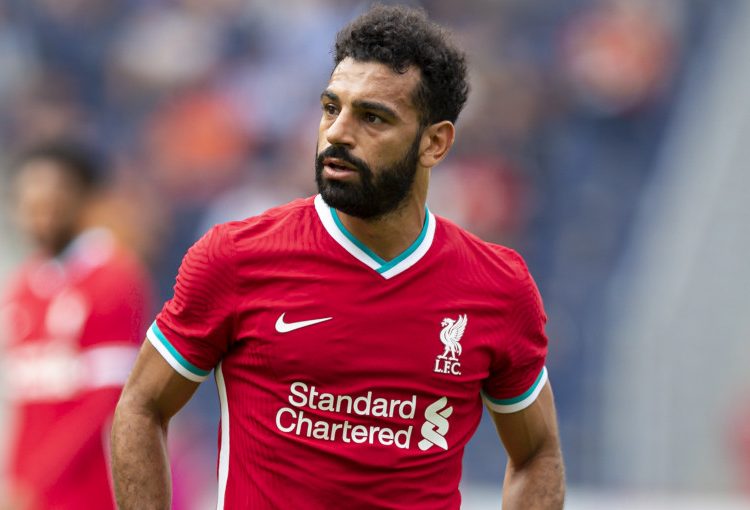 A West Ham supporter has been banned from football for three years after pleading guilty to racially abusing Liverpool forward Mohamed Salah.

The 48-year old Bradley Thumwood from Bexleyheath, appeared at Thames Magistrates’ Court on Tuesday, where he pleaded guilty to a racially aggravated Section 5 public order offence, the Metropolitan Police said.

He was issued with a three-year football banning order, fined £400 and also ordered to pay a victim surcharge and costs amounting to £125.

Thumwood had been summonsed in July after being identified by officers during West Ham’s 2-0 loss to Liverpool on January 29.

West Ham are to offer Thumwood educational sessions to try to reform his views, “whilst reserving the right to uphold indefinite bans, should those efforts prove unsuccessful.”

A West Ham spokesperson said in a press release from the Metropolitan Police: “West Ham United is unequivocal in its stance – we have a zero-tolerance approach to any form of discrimination.

“Equality and diversity are at the heart of the football club and we are committed to continue ensuring that everyone who enters London Stadium is free to enjoy watching their team play football in an inclusive environment.

“The club works closely with Kick It Out and our fan group BAME Hammers. In conjunction with those parties, the club will offer educational sessions to the individual in question in an effort to reform their views, whilst reserving the right to uphold their indefinite bans, should those efforts prove unsuccessful.”

The Metropolitan Police’s dedicated football officer PC Andy Sheldon said: “We do not, and will not tolerate hate crime of any kind at football matches and will take action against those who are found to have committed these kinds of crimes during games.

“We are committed to working closely with football clubs to identify anyone behaving inappropriately and breaking the law. We are grateful for the support of West Ham United Football Club and for their commitment to eradicating this type of behaviour.

“We ask anyone who sees or hears this type of behaviour to speak to stewards or police.”