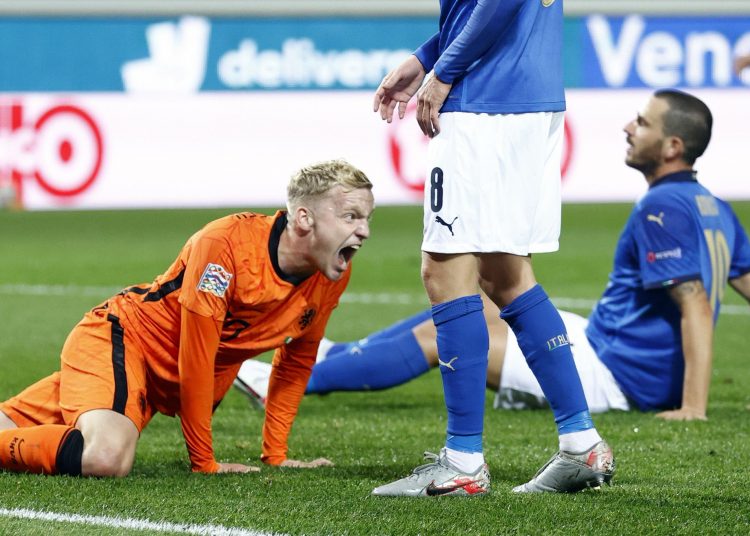 The Netherlands finally scored under new manager Frank de Boer as they held Italy to a 1-1 Nations League draw in Bergamo.

Winger Lorenzo Pellegrini had put Italy ahead after a fine pass from Nicolo Barella.

Both sides have been leapfrogged in Group A1 by Poland.

Lazio striker Ciro Immobile and Lyon forward Memphis Depay traded second-half chances but neither side could find a way through.

Poland’s comfortable 3-0 win at home to Bosnia-Herzegovina, with Robert Lewandowski scoring twice, has put them in charge of the group, with only the winners heading to next year’s finals.