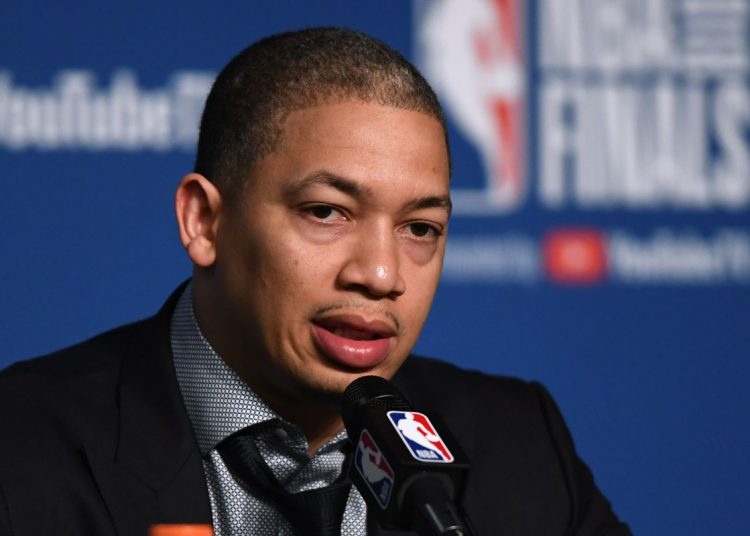 Ty Lue has agreed to a five-year deal to become the next head coach of the LA Clippers, sources told ESPN on Thursday.

The Clippers and Lue’s representative in the contract talks, Andy Miller, completed negotiations on a deal Thursday afternoon, sources said.

The Clippers’ search landed on Lue based upon a confidence that his championship pedigree and playoff successes as a head coach in Cleveland, as well as his strong ability to communicate with players, will resonate within a franchise that underachieved in the 2019-2020 season.

Lue, 43, has had significant support among key Clippers players in the search process, sources said.

Lue is replacing Doc Rivers, under whom he served as an assistant last season with the Clippers. The Clippers blew a 3-1 lead in the Western Conference semifinals, losing in seven games to the Denver Nuggets.

In the first season of Kawhi Leonard and Paul George playing together, the Clippers went 49-23 this regular season — the fourth-best record in franchise history.

Chauncey Billups is expected to be a candidate to join Lue’s staff with the Clippers, sources said, although he’s involved currently in the Indiana Pacers’ search for a head coach.

Lue won a championship in 2016 as the Cavaliers coach, reaching the NBA Finals in three straight years. As a head coach, Lue is 128-83 overall and 41-20 in the playoffs.

He won two NBA championships as a player with the Los Angeles Lakers.