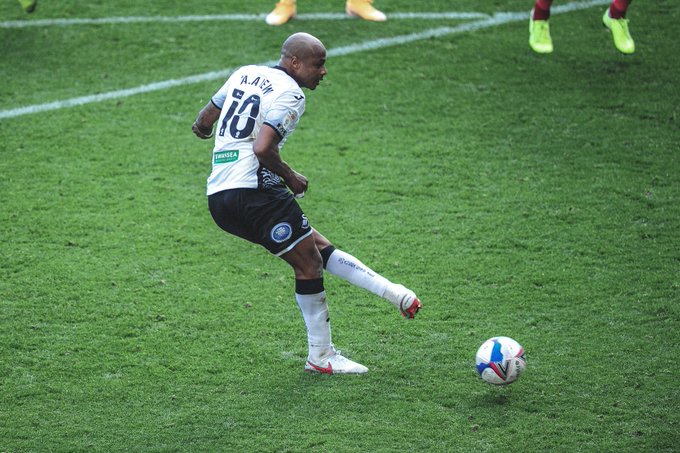 Black Stars’ captain, Andre Ayew marked his 100th Swansea City appearance with a goal but his side lost 2-1 to Huddersfield Town in the English Championship.

Huddersfield ended Swansea City’s unbeaten run in the Championship as they earned a hard-fought win at the Liberty Stadium.

Swansea were the better side in the first half, yet found themselves trailing when Harry Tofolo struck from a well-worked corner.

Andre Ayew equalized from the penalty spot after Korey Smith was fouled, but Huddersfield delivered a winner in a more even second half which featured chances at both ends.

Koroma, 21, guided the ball home from the edge of the penalty area to give Huddersfield a first away win of the campaign and their seventh point from their last three games.

Swansea City, after the defeat, slipped to fourth on the league log and play away at Coventry City next as they aim for qualification into the Premier League.