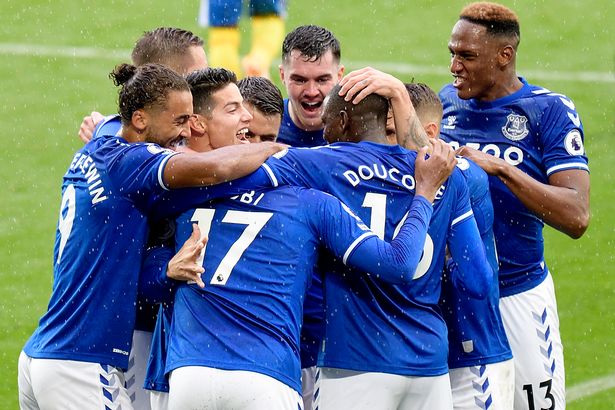 Everton twice came from behind to draw a dramatic Merseyside derby, with Liverpool captain Jordan Henderson, having a stoppage-time winner ruled out for offside by the video assistant referee.

Before the late drama, Dominic Calvert-Lewin headed the equaliser after Mohamed Salah had put the visitors 2-1 ahead with a sweet strike.

Liverpool’s Sadio Mane had opened the scoring early on before the Reds lost defender Virgil van Dijk after a reckless challenge by Everton goalkeeper Jordan Pickford.

The in-form Calvert-Lewin levelled once again with nine minutes to play before Richarlison was sent off for a dangerous tackle on Thiago at Goodison Park.

The result means Everton maintain their three-point lead at the top of the Premier League.