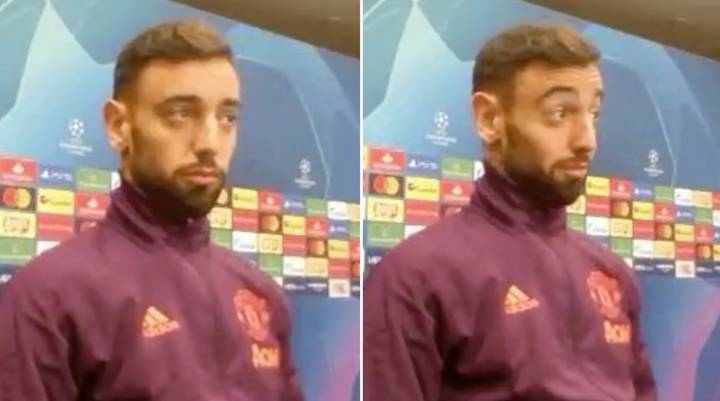 This comment made the Portuguese international go from complete shock to wearing a cheeky smile after finding out he will be leading the Red Devils under the lights in Paris.

Manchester United will be without their regular captain, Harry Maguire who did not travel with the team to the French capital for the Champions League opener due to injury.

Speaking at the presser ahead of the game, Ole Gunnar Solskjaer announced Bruno Fernandes will be the captain, as he has been a sensation since joining the club.

“The captain sits next to me. Bruno will captain the team tomorrow,” Solskjaer said.

“Bruno has definitely come in and had a great positive impact. The stats show that and his performances have been receiving great praise as well.

“That was a turning point in our season last season, and we hope from more to come.”

The former Sporting CP star admitted that he was caught by complete surprise that he was named United captain, but he called it an “honour and an important achievement for me.”

Fernandes stated: “I was not expecting this. I found out this at the same time as you!

“It is an honour and an important achievement for me. The captain is everyone — everyone needs to help, be a leader in their way.

“I think I’m playing well in the last few months but I have to improve and do better. I think I can do much better than before.

“I know my numbers are good but I’m sure I will do better numbers and games than before.”

Solskjaer will be without club captain Maguire, Edinson Cavani, Eric Bailly, Jesse Lingard, and Mason Greenwood for the PSG clash.

PSG welcome United to the Parc des Princes for an 8pm UK kick-off time on Tuesday.