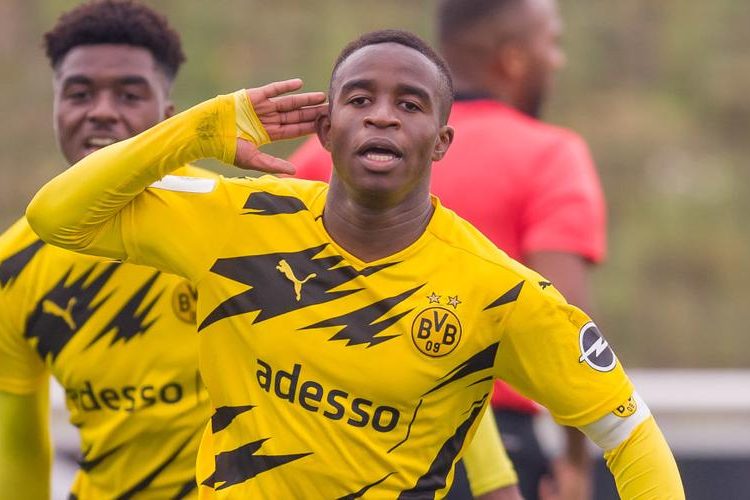 Bundesliga side Schalke said Tuesday they are investigating alleged death threats and racist abuse aimed at Borussia Dortmund’s 15-year-old prodigy Youssoufa Moukoko during an Under-19 match.

“Schalke 04 has evaluated the audio and video material of the match and is now working intensively on identifying the persons responsible,” the club said in a statement.

Cameroon-born Moukoko scored a hat-trick to seal a 3-2 away win over Dortmund’s arch rivals in the youth game in Gelsenkirchen on Sunday.

In a clip from the German FA’s livestream of the game, fans could be heard screaming alleged threats and racist abuse at Moukoko.

As each of the 300 tickets for the game were personalised due to coronavirus measures, Schalke hope to find the culprits.

“I am proud to have been born with this skin colour and I’ll always be proud,” Moukoko posted on his Instagram story alongside the “Black Lives Matter” hashtag.

“What happened must be condemned in the strongest possible terms,” said Schneider.

“It beggars belief the things that some people in society still think is acceptable.”

German FA vice-president Guenter Distelrath, who is responsible for anti-discrimination measures, wants to see action taken against the culprits.

“I would welcome a clear signal,” he added.

“The insults against Youssoufa Moukoko are intolerable and absolutely unacceptable.”

Moukoko has sent scoring records tumbling in German youth football and could claim another landmark if he makes his Bundesliga debut after he turns 16 next month.

He has already trained with Dortmund’s senior squad.

Moukoko could also become the youngest player in Champions League history in late November as Dortmund say they will add his name to their ‘B’ list for matches.