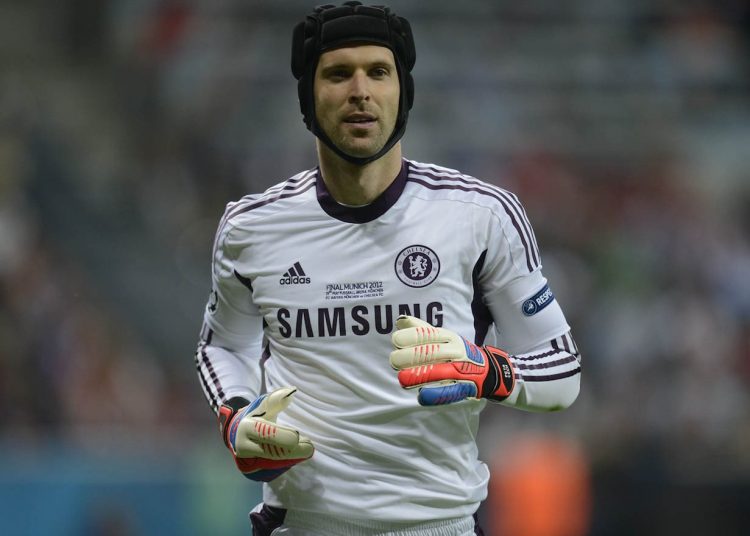 Chelsea legend, Petr Čech, has been named in Chelsea’s 25-man Premier League squad for the 2020/2021 season.

The 38-year-old, who won four Premier League titles and one Champions League with the Blues, has been back at Stamford Bridge working as a technical and performance advisor after announcing his retirement from the game.

However, it seems the goalkeeping legend could suit up in his gloves and headgear yet again after the Blues raised eyebrows by including him in their Premier League squad submitted before the deadline.

Many fans initially chalked his inclusion down to a typo but they were mistaken as the club explained that Čech was being drafted in as emergency goalkeeper cover to Kepa Arrizabalaga, Edouard Mendy, and Willy Caballero.

A Chelsea statement read: “Petr Čech has been included in the squad as emergency goalkeeper cover.

According to The Premier League, Petr Cech has been registered as a player by Chelsea! pic.twitter.com/kyvHuOcSJE

“This is a precautionary step due to the unprecedented conditions currently caused by the Covid-19 crisis. He takes up a position as a non-contract player.”

The Blues seem to have been hit with a goalkeeping crisis since Frank Lampard took over from Maurizio Sarri and have shipped in lots of goals, including conceding nine goals in 5 league games already this season.

Cech, who holds the record for the clean sheets in Premier League history with 202, retired from football in 2019.

His last football appearance came for Arsenal against Chelsea in the Europa League final, where he conceded four goals in Baku.

Alongside his current role back at the West London club, Cech has also been playing semi-professional ice hockey for Guildford Phoenix and made his debut on the ice rink just over a year ago.

It remains to be seen if the Czech Republic international will ever play a game for the Blues despite being added to the squad.