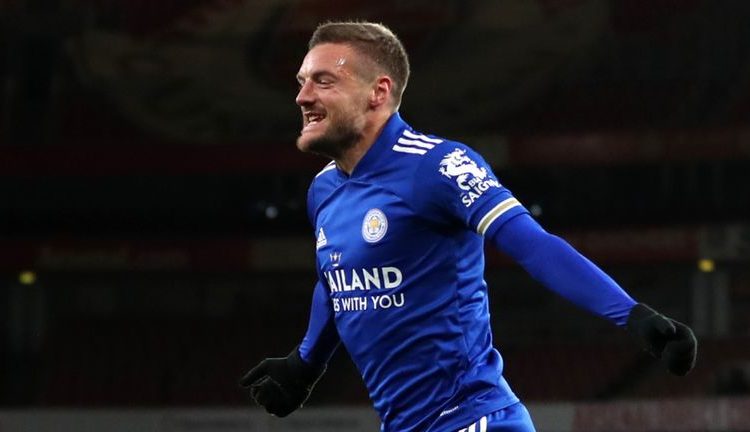 Jamie Vardy came off the bench to score a customary goal against Arsenal and send Leicester to within a point of the Premier League summit with a first win at the Gunners’ home since 1973.

The 33-year old had missed two games with a calf injury but was reintroduced after a largely sterile opening hour at Emirates Stadium and promptly ended a 262-minute goal drought in the league.

Until Vardy’s arrival Leicester had barely threatened but they have now won their opening three away league games for the first time.

Mikel Arteta’s Arsenal were disappointing and, despite dominating possession and having 12 shots on goal, never looked like seriously testing Leicester goalkeeper Kasper Schmeichel as they slipped to a first home league defeat of 2020.