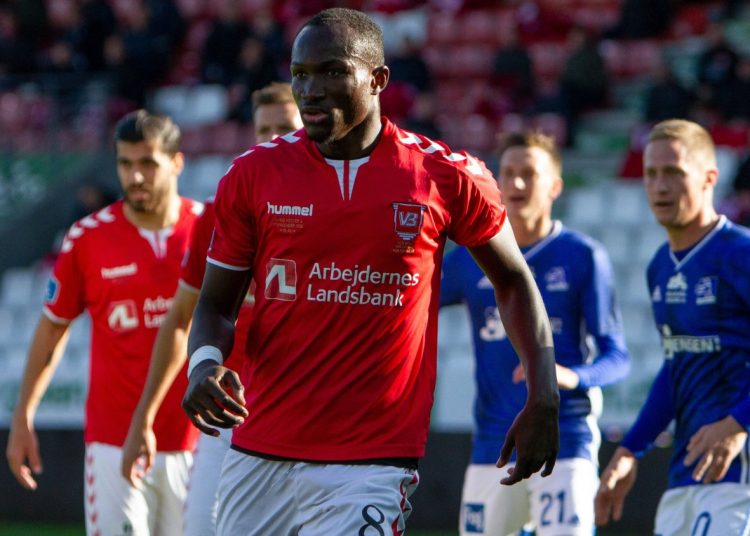 Ghana international forward, Raphael Dwamena, has been sidelined indefinitely after suffering yet another heart problem.

Dwamena joined Vejle BK earlier this year with an ICD-Implantable Cardioverter Defibrillator implanted in his heart, due to an existing heart condition.

According to a statement released by the Danish club, this has been continuously monitored by Vejle Boldklub’s health staff and medical on the training ground and during the club’s matches.

However, there has now been a single case where Raphael Dwamena’s limit values ​​when monitoring his heart have been too high, and this unfortunately also means that Vejle Boldklub must now take Dwamena off the field.

“There has now been one case where the limit values ​​have been too high, and we must, based on a health professional assessment as a club, take the consequence of.

Raphael is therefore being sidelined. We are, of course, sorry for Raphael,  but the parties have been aware from the outset of the consequence that would have been the case if Raphael’s monitoring had exceeded the limit values ​​in the measurement,” he said.

Raphel Dwamena has had a tough couple of years, including a failed move to Premier League side, Brighton, where his heart condition was first discovered.