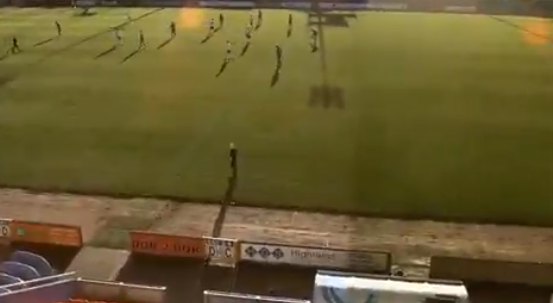 Football fans in Scotland who were enjoying the match between Inverness Caledonian Thistle Ayr United wondered why the camera kept focusing on the linesman instead of the game itself.

It turns out that the Artificial Intelligence (AI) camera being used had mistaken the linesman’s bald head for the ball.

As the match was behind closed doors, fans could only watch it for £10 on pay-per-view

The camera provided by Pixellot was expected to track the match on-field without any person actually manning it.

Fans, however, spent most of the match watching the light bounce off the linesman’s head as he ran along the sidelines waving his flag.

An SPFL spokesperson said: “We are aware of a few brief instances of wandering cameras and have been assured by Pixellot that they are working to fix it.”

foreboding the day that AI decides bald humans are no longer necessary.

OMG that is fantastic. 😂

Everything is terrible. Here's a football match last weekend that was ruined after the AI cameraman kept mistaking the linesman's bald head for a football.https://t.co/BsoQFqEHu0 pic.twitter.com/GC9z9L8wHf