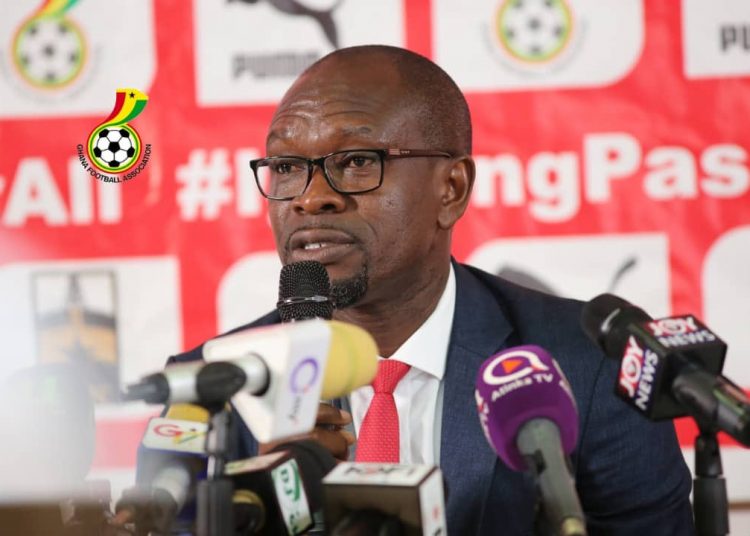 Ahead of Ghana’s double-header in the 2021 AFCON qualifiers against Sudan in November, Black Stars head coach, Charles Kwablan Akonnor has named his 23-man squad.

There is no room for any local-based player except goalkeeper, Razak Abalora, who joined Kumasi Asante Kotoko during the transfer window.

There is, however, still no room for Fiorentina’s Alfred Duncan.

Both Ayew brothers – Andre and Jordan – are in the team after the Crystal Palace star returned to training after recovering from coronavirus.

Richard Ofori returns to the Black Stars squad as Ghana’s undoubted first-choice goalkeeper after pulling out of the previous squad, while Lawrence Ati-Zigi retains his place.

Ajax sensation, Kudus Mohammed, who scored against South Africa in Ghana’s first qualifier, has been left out of the squad after sustaining an injury against Liverpool in the Champions League.

Ghana will, on Thursday, November 12, 2020, take on the North-East Africans in the first of a double-header at the Cape Coast stadium, before travelling to Khartoum, five days later for the reverse fixture.

Akonnor will be looking to continue the team’s flying start to the qualifiers following victories against South Africa and São Tomé and Príncipe in November 2019.

The victories put Ghana on top of Group C with 6 points.