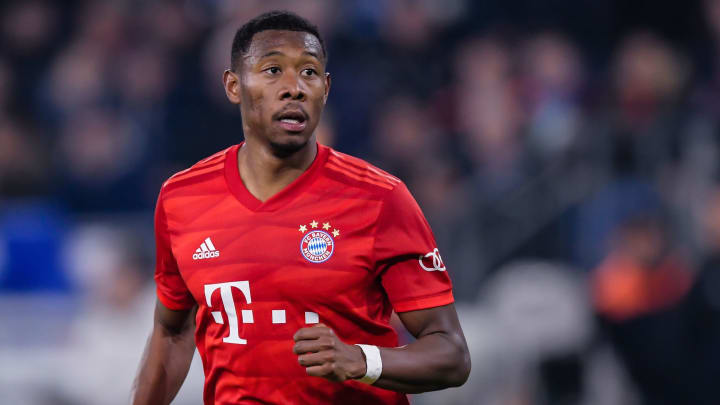 Alaba, 28, now looks set to leave the Champions League winners on a free transfer next summer, with Real Madrid, Barcelona and Juventus among the clubs reportedly interested. He can sign a pre-contract agreement from Jan. 1, 2021.

Bayern reportedly offered Alaba a five-year deal with an annual salary of around €11 million, which could have gone up to €15m with bonuses.

“We have a new situation since this weekend,” Hainer said on BR Blickpunkt Sport on Sunday. “We submitted to David and his advisor some time ago what we think was a very good offer.

“During the last meeting we had said we wanted clarity by the end of October. We did not hear anything until yesterday and we contacted his advisor.

“The answer was that the offer was still unsatisfactory and we should think about it again. We then decided to take the offer completely off the table. This means there is no longer an offer.”

Speaking at a news conference on Monday ahead of the side’s Champions League game against FC Salzburg, Alaba said it was a “special situation” and added that he had no plans for his future.

“What’s next, I don’t know right now. I have not made any plans for my future,” he said. “I am a player who really likes to play for Bayern. I am happy to be part of this team. Nobody official has contacted me. It’s difficult to say what the future will hold in store.

“After our last talk, I told them [the club] that I can’t make a decision in seven days, we played three times in those seven days.

“Bayern were the club I talked to. I did not have any contact to other clubs.

“I have always said that I would have wished for internal things to remain internal. It hurt and disappointed me that my position was portrayed the way it was, this was not the truth. The salary put out in media, it’s not like that. I was disappointed, it was not discounted from the hierarchy.”