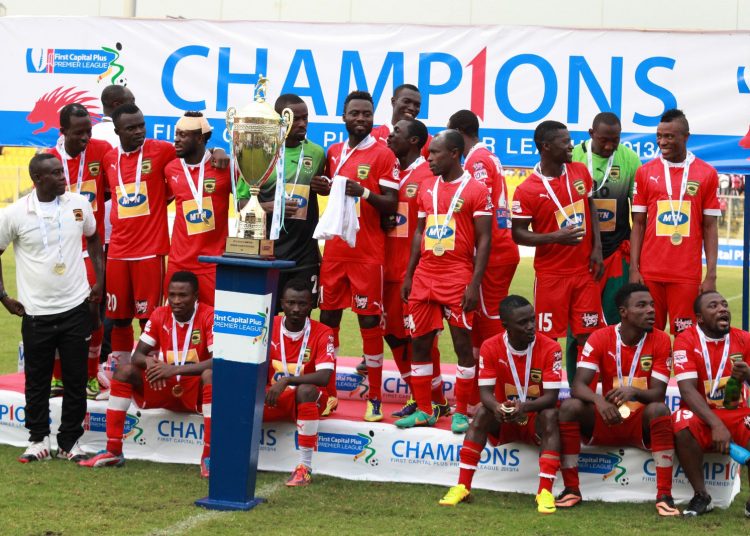 With just eleven days to the start of the new Ghana Premier League season, the 18 clubs are wrapping up their preparations ahead of the new season.

Each of the clubs is looking to become Ghana’s first official league champions since Aduana Stars won the title in 2017.

Over the course of its history, the league has had 11 different winners. The first official season in 1958 saw Accra Hearts of Oak coming out as champions with 21 points, just one point ahead of Kumasi club Cornerstones. Asante Kotoko finished a further point behind in third.

In the 1959/60 season, the order reversed as Kumasi Asante Kotoko finished as champions with 22 points, two clear of Cornerstone and five clear of Hearts of Oak.

Sekondi Eleven Wise were the champions of the 1960/61 seeing off the challenge of Asante Kotoko and Hearts of Oak that season. They were replaced by Hearts of Oak the next season as the Phobians pipped their rivals to the title by one point.

Real Republicans won their first and only title in 1962/63, three points clear of Kotoko, with Hearts in third. Asante Kotoko won their second league title in 1963/64, beating Hearts of Oak to the championship yet again, with Great Olympics in third in a season that was cut short because of the Tokyo Olympics.

The 1966 campaign, won eventually by Ebusua Mysterious Dwarfs was a very interesting one. Due to the coup, the season was cut short with the GFA organising a knockout competition instead. Kotoko pulled out after a coin toss controversy with Dwarfs and Eleven Wise reaching the final. After two draws, Dwarfs won a coin toss and were awarded the title.

Asante Kotoko won three straight titles from 1967 to 1969, with Accra Great Olympics ending their dominance in 1970, with Hearts a point behind in second.

Hearts of Oak then won two titles in the next three seasons, with another Kotoko triumph sandwiched in between. Great Olympics won in 1974, Kotoko in 1975 and Hearts again in 1976.

Sekondi Hasaacas claimed their sole title so far in 1977, finishing ahead of Great Olympics that season. Hearts beat them to the title the next season and won the 1979 campaign as well before they were dethroned in 1980.

Goldfields SC won the 1993/94 title, beating both Asante Kotoko and Hearts of Oak. They retained their title for two straight seasons, losing their crown to Hearts in the 1996/97 season. Hearts won six straight titles before Kotoko broke their dominance in 2003.

Over the next five years, Hearts and Kotoko took turns to win the championship until Aduana Stars ended the duopoly in the 2009/10 campaign. Berekum Chelsea entered the mix in the 2010/11 season before Asante Kokoto ascended to the top of Ghana football for the next three years.

Ashgold (formerly Goldfields SC) reclaimed the title in 2015, followed by Wa All Stars‘ (now Legon Cities) first title a year later. Aduana won the last official title back in 2017 although it’s worth noting that Asante Kotoko have since won the Normalisation  Committee’s special competition (Tier 1) in 2019.

Will we get a 12th different winner this season? The journey begins in 11 days 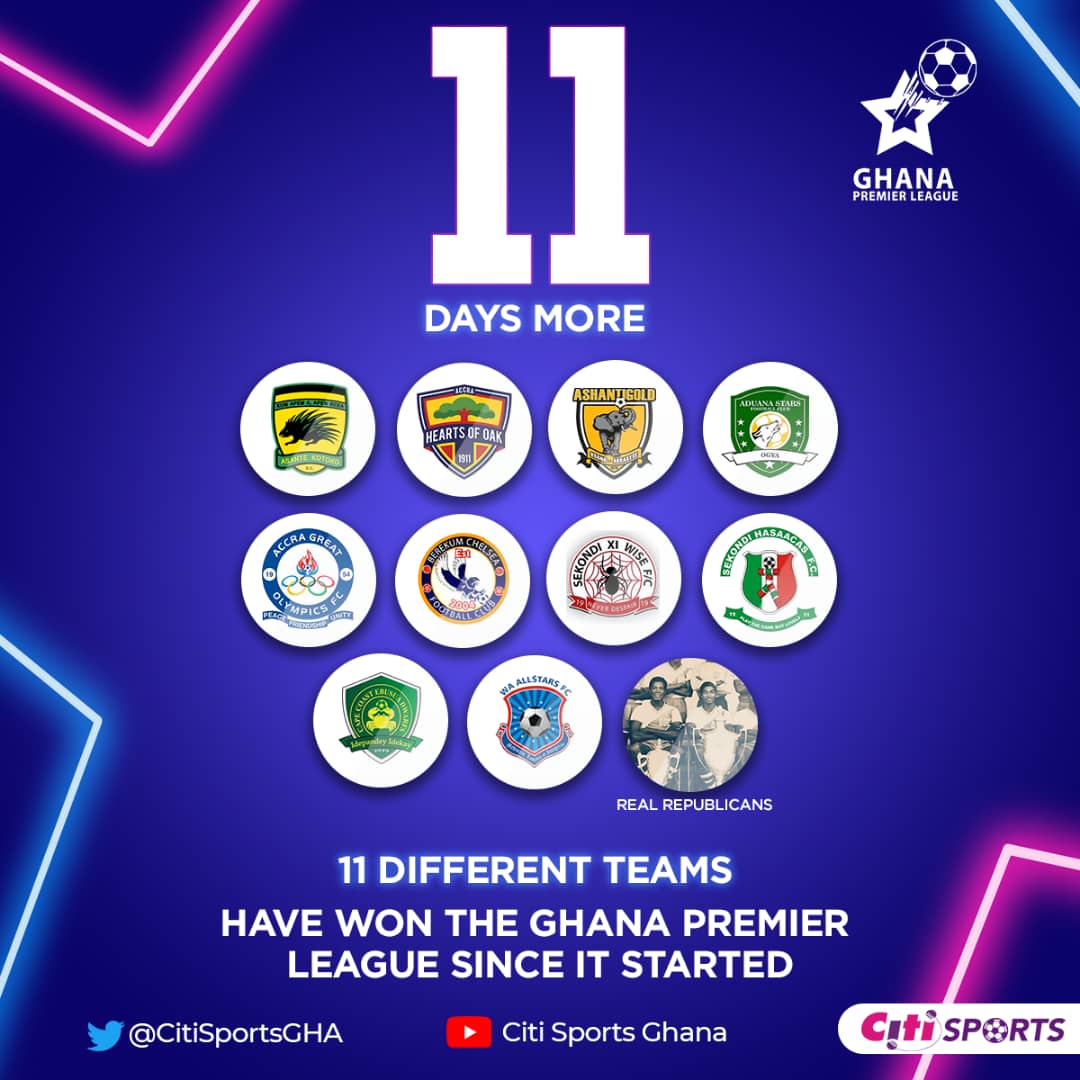