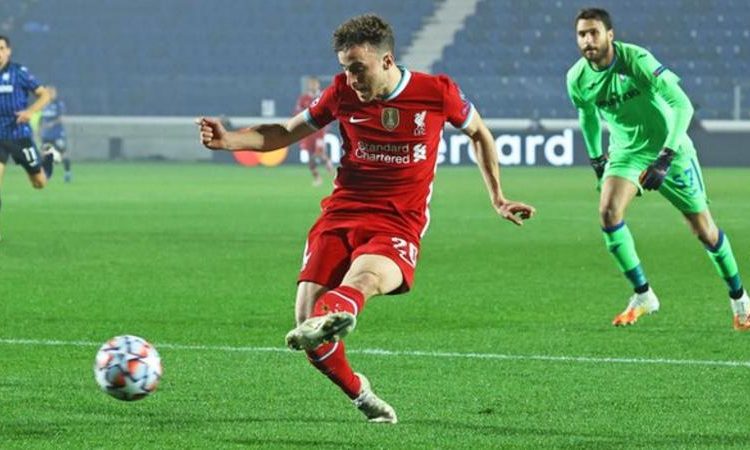 In-form Diogo Jota scored a terrific hat-trick as Liverpool made a big Champions League statement of intent with a stunning win at Atalanta.

Jurgen Klopp’s side have won all three Group D games without conceding a goal, and victory in one of their remaining fixtures should be enough to take them through to the knockout stages.

Portugal international Jota showed why he was given a start ahead of Roberto Firmino by scoring for a fourth consecutive game, dinking in a delightful opener before doubling the lead with a thumping strike at the near post.

He completed his triple in the second period, collecting Sadio Mane’s pass before going round goalkeeper Marco Sportiello and slotting into an open net.

In between Jota’s third, the Reds netted two quick-fire goals at the start of the second half as Mohamed Salah took full advantage of an exposed backline to run clear and curl home and Mane clipped in the fourth.

The Serie A side had sniffs of goal, but Duvan Zapata’s strike from the angle hit the post, while two efforts from Luis Muriel were comfortable for goalkeeper Alisson to deal with.

In the group’s other game, Dutch side Ajax picked up their first of the campaign by beating Midtjylland 2-1, as the Danish team remain bottom of the group and without a point.