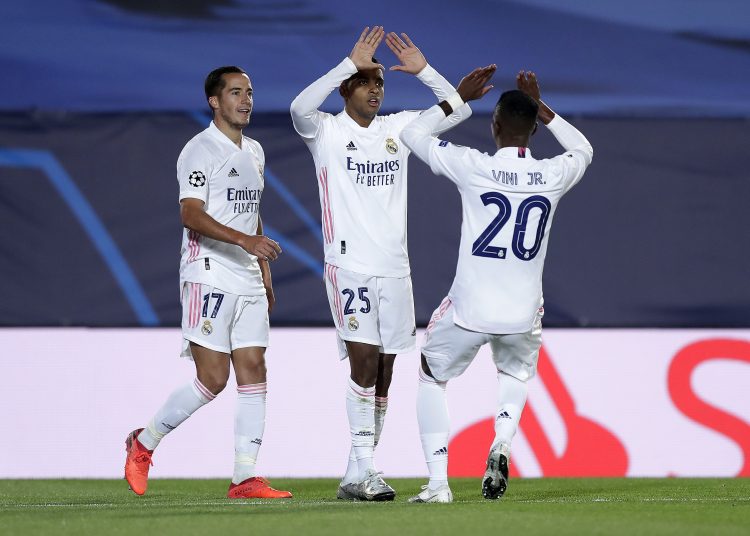 Real looked in control when Karim Benzema rounded Samir Handanovic to put them ahead and Sergio Ramos headed in his 100th goal for the club.

But moments later Lautaro Martinez scored from Nicolo Barella’s back heel pass and Ivan Perisic levelled with a composed finish from a Martinez header.

Rodrygo was Real’s hero with a powerful effort from Vinicius Jr’s pass.

Real are level on four points with second-placed Shakhtar Donetsk, one point behind leaders Borussia Mönchengladbach. Inter are bottom on two points.