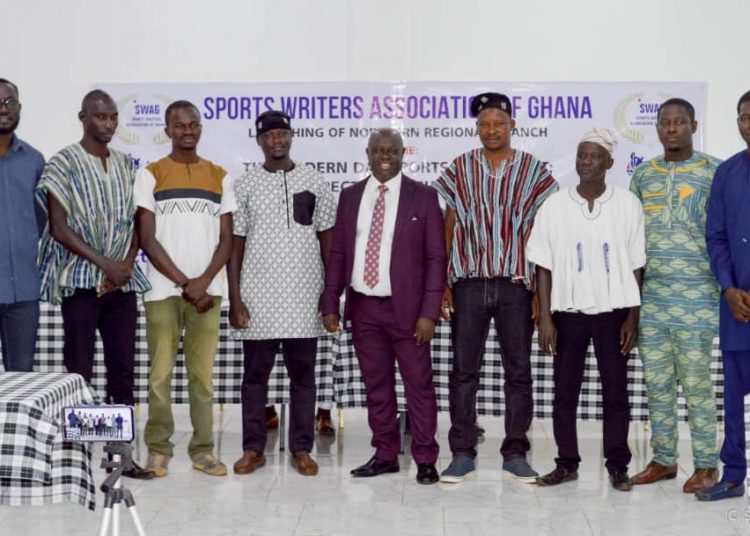 The Sports Writers Association of Ghana (SWAG), on Saturday, October 31, 2020, inaugurated its Northern region branch with a short but impressive ceremony at the Pioneer Lodge in Tamale.

The inauguration which was performed by national President Kwabena Yeboah brought together about 40 sports writers and broadcasters from across the region who were all inducted into the membership of the Sports Writers Association of Ghana ( SWAG).

An interim Regional Executives chaired by Osman Hafiz were sworn into office with a two-year mandate to lead the region into an elective congress.

Before the inauguration, the SWAG leadership paid a courtesy call on the Tamale Chief Daa Kpema Fuseini Bawah.

The Northern region which is the  6th regional branch to be inaugurated by SWAG after Volta/Oti, Ashanti, Bono, Eastern and Western Region, is becoming a vibrant sports media landscape with over 30 radio stations, 2 television stations, and print media with correspondents for national newspapers and portals.

SWAG, the umbrella body for sports journalists in the country, has been in existence for over 52years is noted for honouring sports excellence annually through the SWAG Awards and the SWAG Cup which is often contested, by the top football clubs in Ghana.