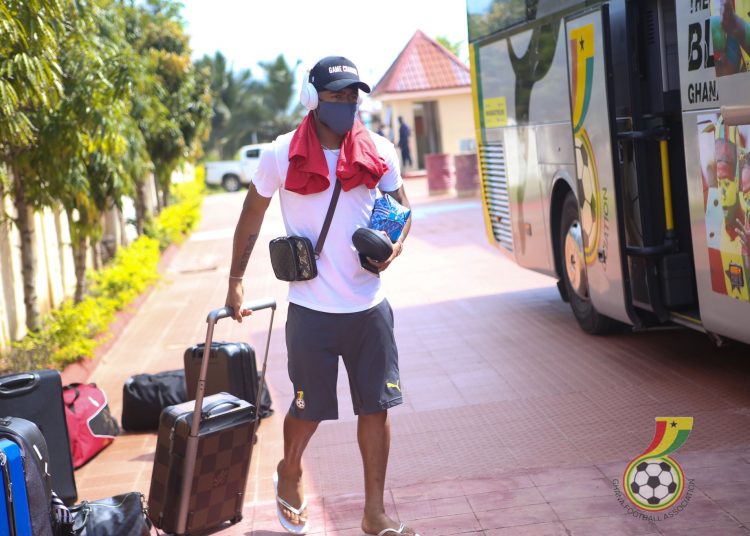 Ghana’s senior national team, the Black Stars, have arrived in Cape Coast ahead of their AFCON 2022 qualifier against, Sudan.

Head Coach, C.K Akonnor, is set to face Sudan in his first competitive game in charge, as the Black Stars seek to extend their 100% record in the series, after victories against São Tomé and South Africa.

Captain Andre Ayew, Jordan Ayew, Samuel Owusu, Afriyie Acquah and Tariq Fosu are among the players who made the trip to Cape Coast.

Ghana will face Sudan in Cape Coast on Thursday, before travelling to Khartoum for the return fixture 5 days later in November 17.