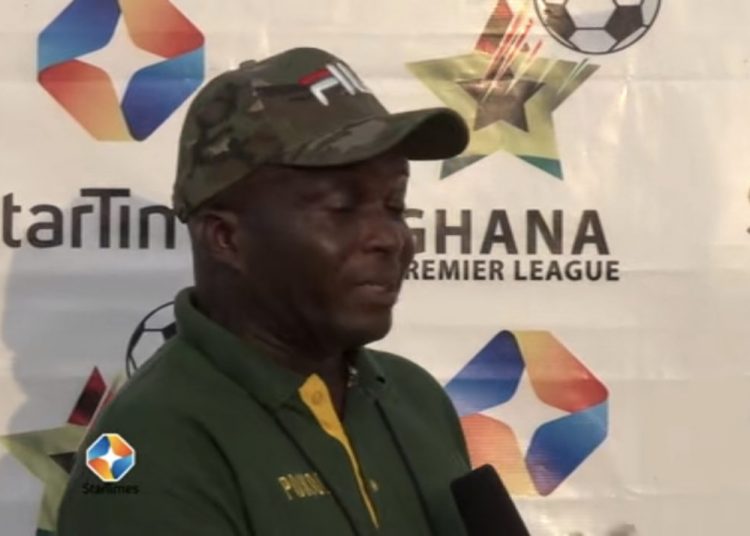 The Ghana Football Association has referred Ebusua Dwarfs head coach, Ernest Thompson Quartey to the Discplinary Committee for comments  he made against Referee Joshua Samadji, for his performance during the game between Techiman Eleven Wonders and Ebusua Dwarfs on match day 2 at the Ohene Ameyaw Park in Techiman.

During his post match press conference after the game, Thompson Quartey stated that the referee had performed poorly during the match after he awarded a penalty to Eleven Wonders in the 31st minute.

Eleven Wonders eventually won the game 2-0, handing Dwarfs their first loss of the season and the gaffer did not mince words about what he thought about referee Joshua Samadji’s officiating.

“It was poor officiating from the referee. How could he have given that ball as penalty when the player didn’t          stretch his arm,” Thompson-Quartey lamented.

“At this level of the game, you can’t be committing such mistakes, it is embarrassing. We need to do more with in regard to officiating.”

“The referee again showed my player [George Asamoah] a red card meanwhile the incident that got my player out of the match repeated itself with one of their players but the referee only brandished a yellow card ; it’s unfair.”

The GFA, before the start of the 2020/2021season, reminded club officials and all participants to be mindful of disparaging comments about referees and match officials.