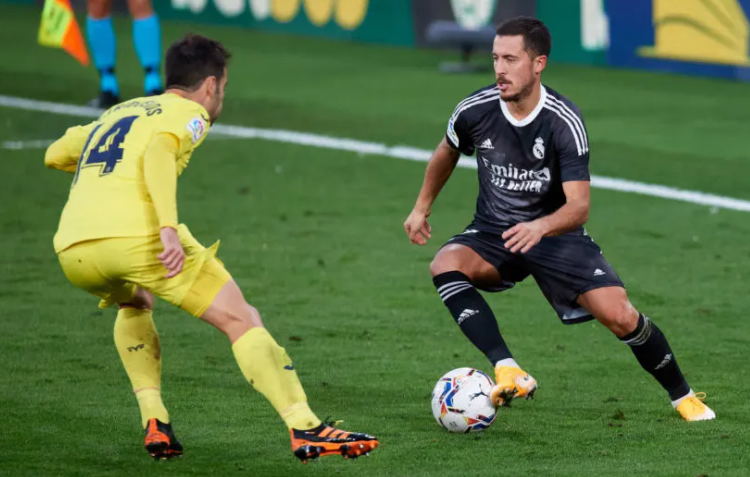 Belgian star, Eden Hazard, has had a less than ideal time since his move to Real Madrid from Chelsea.

Injuries have disrupted his Madrid tenure, which has led to an inconsistent career in the Spanish capital so far.

A recent positive COVID-19 test threatened to disrupt an encouraging return to form for the one-time unstoppable winger.

However, on his return to league action with Real Madrid over the weekend, Hazard showed glimpses of why they paid so much to get him into their squad. 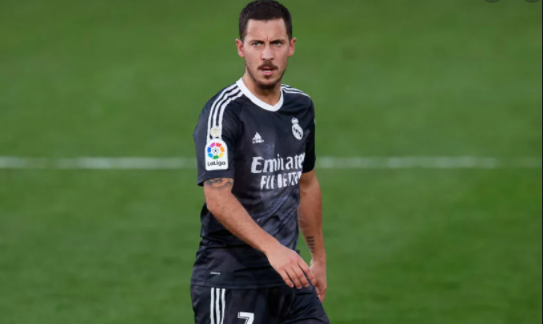 Until he was substituted just before the 70th minute, Hazard was a major factor in Real Madrid’s attack, with his dribbles creating space for Los Blancos. He was actually the most fouled player in the game.

One particular dribble had the whole internet in awe and showed that the Belgian had not lost the flair that made him the most feared player in the Premier League at Chelsea.

The brief clip, which went viral over the weekend, saw Hazard force the Villareal player to go to ground in an attempt at a tackle.

The forward, however, evaded him with a sublime piece of skill which had fans singing his praises on social media.

He is such a baller

Breaking ankles since day one. pic.twitter.com/dDcGRhbJvZ