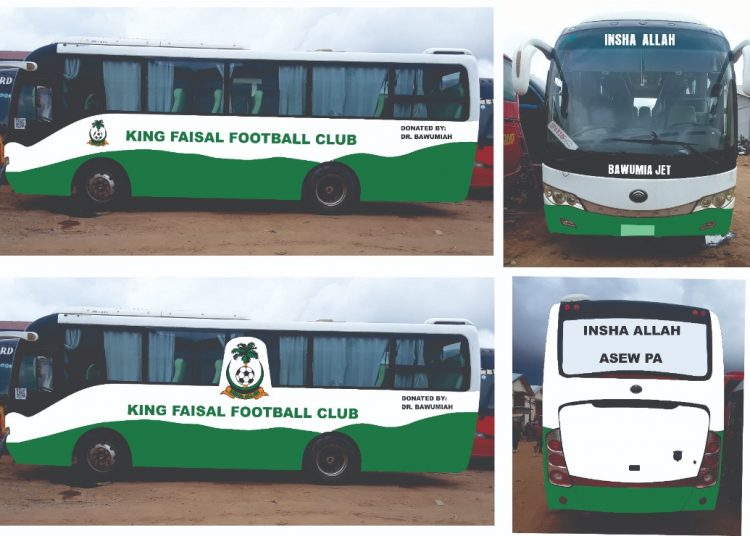 We give special thanks to His Excellency the Vice President of Ghana @MBawumia for gifting us a new bus.#AsewPa
🟢⚪#InshaAllah pic.twitter.com/7C2AH806PR

Mahamudu Bawumia came to the rescue of King Faisal after the club had petitioned Manhyia twice ahead of the ongoing Ghana Premier League season.

The club had been without an official team bus for some time and resorted to renting each time they had to travel for games.

The new bus has now been unveiled by the club in a post on Twitter, properly clad in the club’s green and white colours with the inscription “Insha Allah” boldly written on top of it.

The bus has also been named “Bawumia Jet”, with the name found just beneath the windscreen.

King Faisal will use the bus for the first time when they welcome Inter Allies to the Ohene Ameyaw Park in week four of the Ghana Premier League.