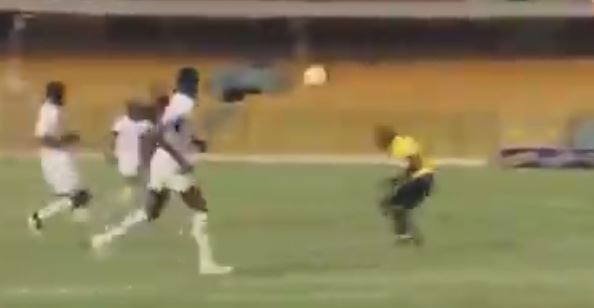 The Phobians were looking for their first league win after drawing 2-2 with Ashgold but Allies made sure that did not happen under lights on Sunday night.

Edward Nii Odoom’s charges were the dominant side in the first half, but lack of clinical finishing let them down.

With an hour into the game, the Inter Allies midfielder, Richmond Lamptey made the 20-time league champions rue not taking their chances – scoring what surely become a goal of the season contender.

We can’t caption this. No we can’t.

🤩What a goal by RICHMOND LAMPTEY🤩

The 23-year-old picked up a pass, controlled and then lofted a powerful strike over the head of the referee then beyond Richard Attah whose dive was not enough to save the ball.

The loss leaves Accra Hearts of Oak 17th on the league log and Inter Allies, 7th.