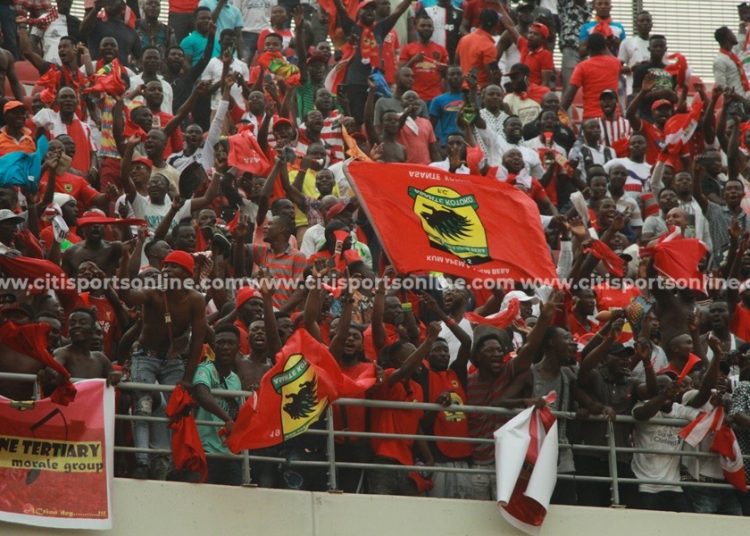 Asante Kotoko have confirmed they will not make an official request for fans to be allowed entry to the stadium for their CAF Champions League second leg tie against FC Nouadhibou on Saturday.

Reports earlier this week suggested that the Porcupine Warriors were preparing to seek permission for fans to be present at the stadium during Saturday’s clash, but after a meeting with the covid-19 task force the club have opted against the move.

Moses Antwi Benefoh is the Communications Manager of Asante Kotoko SC and he says no official request has been made to the Sports Ministry.

“We have not made any formal request to the Ministry of Youth and Sports, requesting for our fans to be at the stadium to cheer us up in our game against FC Nouadibou.” He said in an interview with Citi Sports.

“We have much respect for the Covid-19 safety protocols, we have had engagements with the taskforce and they have made us aware that the second wave is to dangerous.

“So it is better we preserve lives than to create excitement around our football games.

“So we will not make any formal request to the ministry to allow some of our fans to come to the stadium, we will play the match behind closed doors.” He concluded.

Kotoko claimed a vital away goal in the 1-1 first leg encounter in Mauritania, and will be looking to book their place in the next round when the two teams face of in Accra on Saturday.