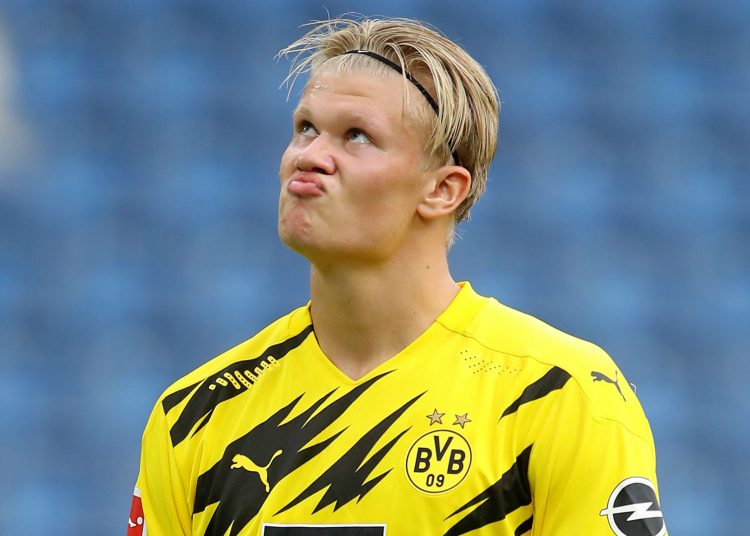 Borussia Dortmund striker Erling Haaland will be sidelined with a muscle problem for the rest of the year after he picked up the injury in training.

Haaland, top scorer for Dortmund this season and with 16 goals from 12 Champions League appearances, was missing from the side for their 1-1 draw against Lazio in Group F of the competition.

Dortmund head coach Lucien Favre said Haaland had been injured in training on Tuesday and it turned out to be more serious than initially expected.

“Erling will not play until early January. Maybe he played too much,” Favre told Sky Germany.

“He was injured in training. We initially thought it was not that bad. We cannot change it.”

Haaland has scored 10 goals for Dortmund in the Bundesliga this season, with four of those coming in the 5-2 thrashing of Hertha Berlin last month, having joined from RB Salzburg in January 2020.