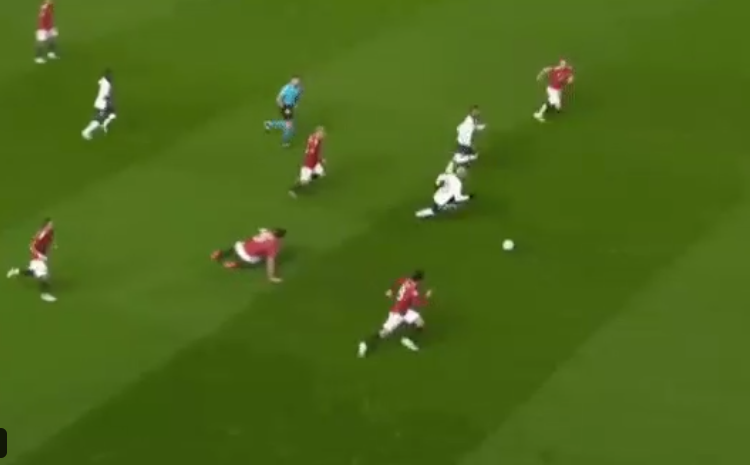 Manchester United’s UEFA Champions League campaign faltered on Wednesday as they were beaten 3-1 at Old Trafford by Paris Saint-Germain.

PSG’s win was comprehensive but it was aided by poor finishing from United and a red card for midfielder Fred.

However, there was no doubt that some individual matchups were mismatched from the start.

One moment from the match perfectly demonstrates the French champions’ dominance in these individual battles.

In the buildup to the Paris club’s decisive third, Brazilian Neymar, who had been a thorn in United’s side all game, won the ball back from Alex Telles, darted past Bruno Fernandes and left the Red Devils’ captain, Harry Maguire, sprawling on the ground with a drop of his shoulder.

Neymar eventually bagged his second of the match from that attack but it was the preceding clip that has made its way all over social media.

Per usual, Twitter had a field day with this, mocking the United defender for his misfortune.

The drop of the right shoulder…balance of a ballerina https://t.co/Oc9CoODx4m

See his close control dribbling with his weaker foot .wow

Maguire got schooled at home, take a seat captain

United now need to avoid defeat in their final game against RB Leipzig in Germany to make it through to the knockout round.