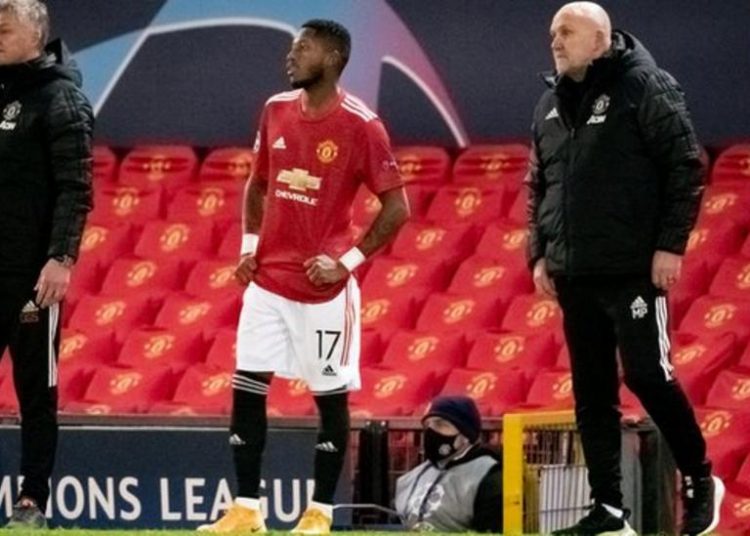 Manchester United boss Ole Gunnar Solskjaer said he should possibly have substituted Fred before the Brazilian was sent off in the 3-1 Champions League defeat by Paris St-Germain.

The midfielder was shown a second yellow card in the 70th minute for a foul on Ander Herrera, having been booked in the first half for a head-to-head clash with Leandro Paredes.

“He was lucky to stay on,” said Solskjaer of the first incident. “The referee made a mistake there but that’s allowed.”

The manager, who lost goalscorer Marcus Rashford to a shoulder injury during the game, said he spoke with Fred at half-time and decided then to keep him on based on his first-half performance.

“He played well but with the decision the referee made you maybe look back and say you should have [taken him off],” Solskjaer added.

“But there was no reason from his performance to take him off.”

Solskjaer did not think the foul on Herrera warranted a second yellow card, adding: “It was not a foul. Fred was disciplined in the second half. I asked him to be sensible and he was.”

The defeat leaves United level with PSG and RB Leipzig on nine points in Group H and knowing they need a draw away to the German side next Tuesday to reach the last 16.

“We know the destiny is in our own hands,” said Solskjaer.

“We know that we play against a good team in Leipzig, who were in the semi-final last year, but we are developing into a better team as well.

“I was very pleased with the performance [against PSG] apart from of course they were more clinical. Big games most of the time are decided by fine margins and this time they were against us.”