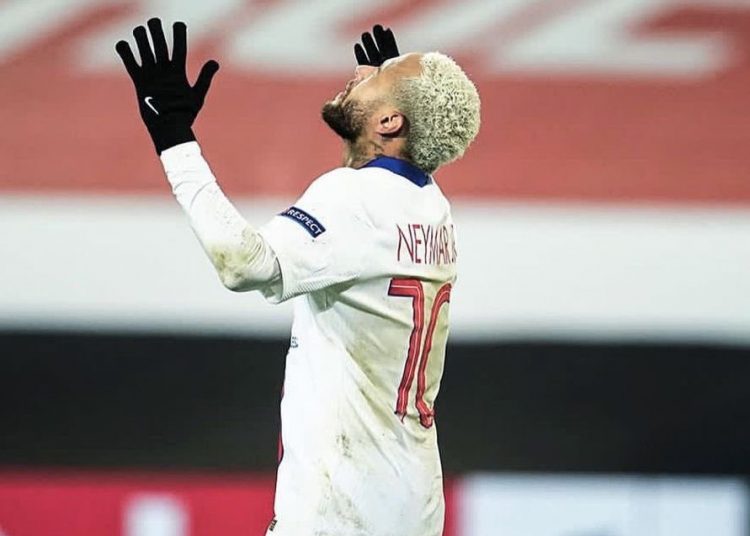 Brazil superstar, Neymar, has certainly had his critics.

His theatrics often rub opponents and pundits the wrong way, with many accusations of him often going doing too easily.

However, there is no doubt that when Neymar is in form, he’s really, really good. Against Man Utd on Wednesday, Neymar was definitely on form.

Darting past players with ease and forcing the United players to concede fouls, Neymar was a menace throughout the 90 minutes.

The Brazilian also bagged two goals in PSG’s 3-1 win to put the French club a draw away from the knockout round.

His torment of United captain Harry Maguire is also worth mentioning.

One fan put together of Neymar’s best moments from the game and they are a treat.

Take a look at Neymar’s highlights from last night’s game below: