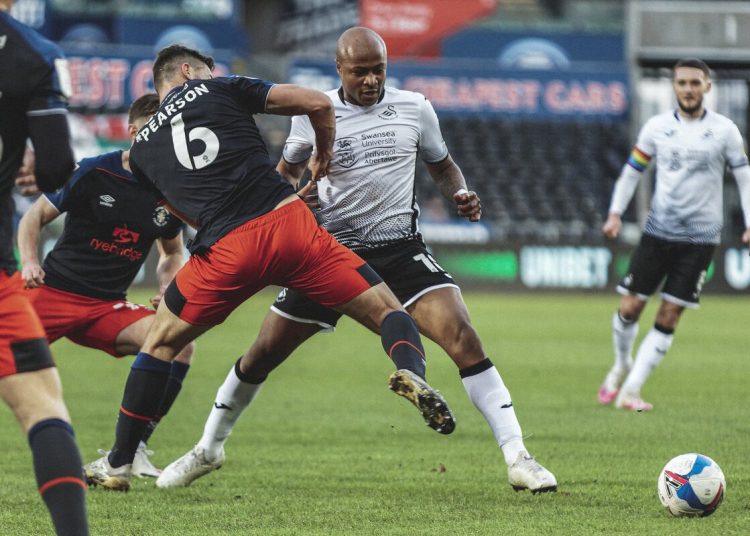 Ayew, 30, has been in superb form this season, and was at the thick of events for his side again, who were keen to bounce back from their disappointing midweek defeat to Middlesborough in the Championship.

The home side scored from the first attack of the game as Connor Roberts’ left-footed shot entered the Luton net after a huge deflection.

Luton had chances to equalize but could not beat Freddie Woodman in the Swansea goal.

Then Swansea’s top scorer and attacking talisman, Andre Ayew received a pass from Korey Smith and hit a fierce low shot into the bottom corner of the net from 20 yards.

Andre Ayew was replaced by Viktor Gyokeres in the 90th minute as his goal helped seal a third win in five games for Swansea.

The Jack Army are now 4th on the league log with 29 points and will face second-placed side, Bournemouth next.

🇬🇭 Andre Ayew had 15 Goals last season, he already has 7 this season and the league has not even reached the halfway point 😳 pic.twitter.com/xiiQORBYKQ