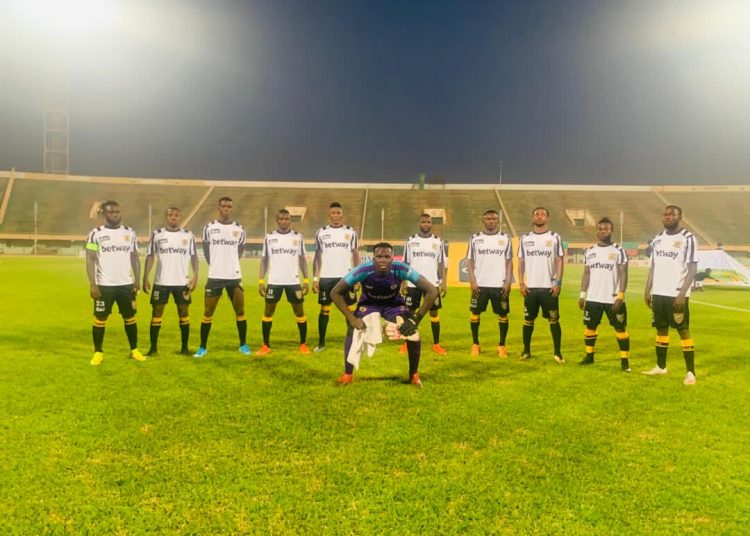 AshantiGold SC have crashed out of the CAF Confederation Cup after losing 2-1 to Salitas FC in the 2nd leg of the preliminary round of the competition.

Following a goalless first leg last week in Obuasi, the Burkinabe side progressed to the next stage of the competition with a 2-1 aggregate.

The Obuasi based club made four changes to the team that faced Salitas in the first leg with Abdul Bashiru, Kwame Moses, Mark Agyekum and goalkeeper Mohamed Bailou coming in to replace Roland Amouzou, Empem Dacosta, Eric Esso and Robert Dabuo.

The home side took the lead in the 13th minute through Senegalese forward Boissy, who doubled the lead for his team right before half-time after pouncing on a pass from Eliass Dianda.

AshantiGold managed to pull one back through David Abagna Sandan on the stroke of halftime.

The miners tried their hardest to find the equalizer but to no avail.

Salitas will face Sudanese side Alamal Atbara in the first round of the competition in late December 2020.