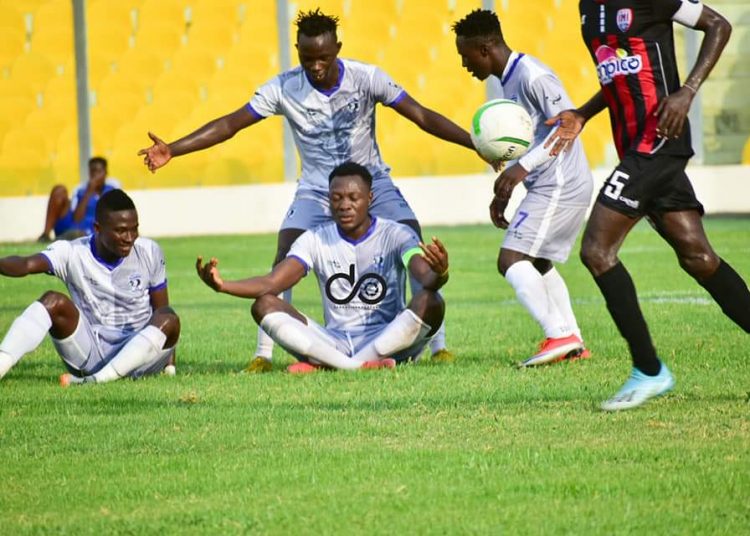 Medeama and Bechem United secured the first away wins of the the season after narrowly beating Ebusua Dwarfs and Inter Allies respectively.

The victory was Bechem’s first over Allies away from home, having managed only a point from their previous five travels to Allies.

Medeama SC recorded their first win of the season after a hard-fought 1-0 win at Ebusua Dwarfs on Saturday to continue their dominance over the Cape Coast-based side.

The defeat is the first for Dwarfs at home this season.

This is the third successive defeats suffered by Dwatfs at home against the Mauve and Yellows.

They lost to the Tarkwa-baeed 2-0 at that same venue.