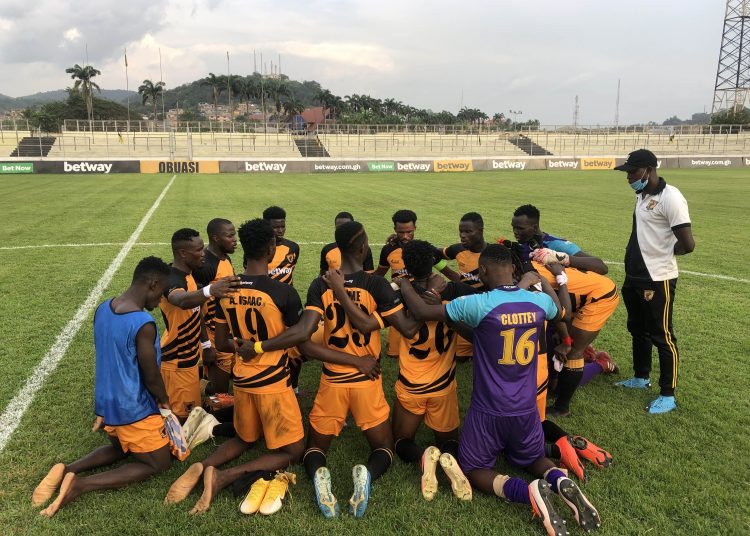 The Miners, who beat Elmina Sharks 4-2 last weekend, displayed vintage attacking football to leave their guests scurrying for shelter in the sunny valleys of Obuasi. 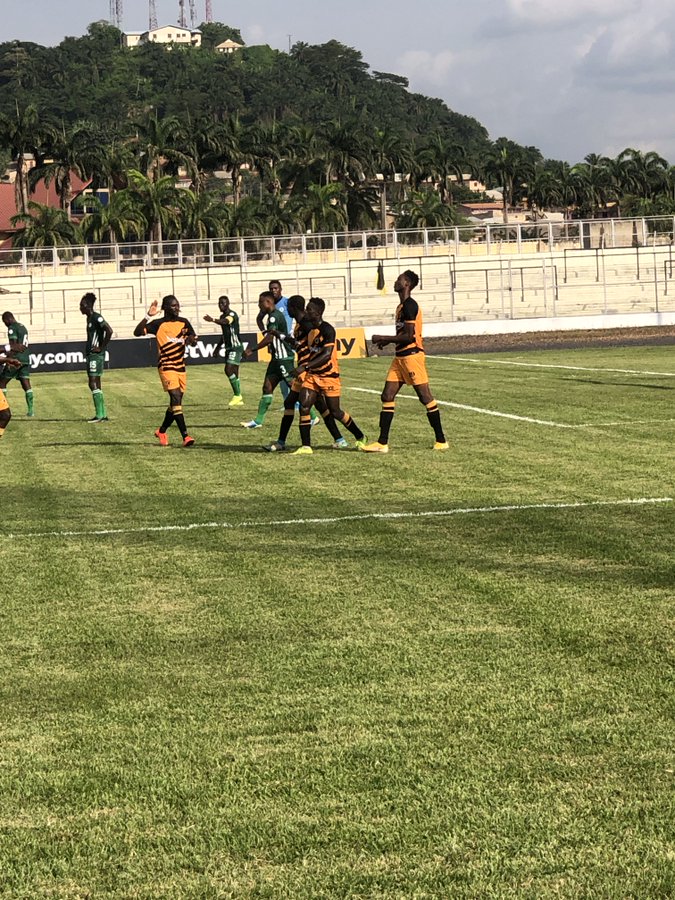 Isaac Opoku Agyemang started the onslaught with a 16th minute opener, but Faisal were soon level after Kwame Peprah scored in the 27th minute.

David Abagna Sandan then restored the lead for Milovan Cirkovic’s men, but on the stroke of half time, Kwame Peprah missed a great opportunity to pull parity when he hit his penalty against the woodwork, after the referee awarded the visitors a penalty.

After recess, Opoku Agyemang scored his second of the afternoon.

What everyone thought was a hat-trick for Opoku Agyemang was then ruled out by the referee, who adjudged a foul had been committed in the lead up to the goal.

Yaw Annor, who had caused trouble for the King Faisal defense all afternoon, and missed a flurry of chances, finally got his reward in the 83rd and 92nd minute to complete the humiliation for the Miners.

Ashantigold have now scored nine (9) goals in the last two games alone and 13 in just 5 games, the highest scorers in the league. The victory lifts them up to 3rd on the league table, three points behind league leaders Karela United with a game in hand. 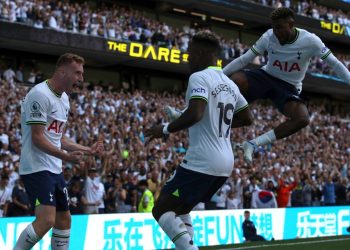 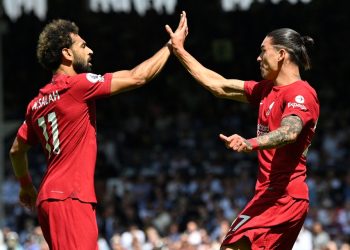