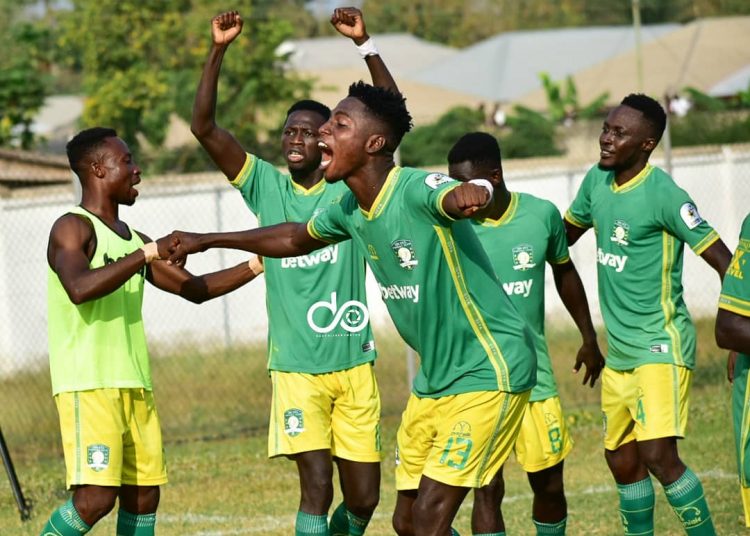 Accra Hearts of Oak were handed reality check after they went down 2-0 to Aduana Stars in an outstanding Ghana Premier League game in Dormaa on Wednesday.

The game, which was originally a match day one fixture, had to be postponed after several players of Hearts of Oak tested positive for coronavirus on the eve of the game.

But on their second trip to Dormaa, the Phobians found no joy, with Yahaya Mohammed, who had promised to score against Hearts of Oak, keeping true to his words by giving his side a deserved lead just before half time.

Back from recess, Aduana doubled their advantage, midfielder Prince Acquah finding the back of the net this time.

The win is Paa Kwesi Fabin’s men’s first of the season, after 5 attempts, while Hearts of Oak suffered a second defeat in as many games.

The Phobians, who recorded a 3-0 win against Dreams FC coming into the fixture, will now know all is far from well for Kosta Papic and his men, who are destined for a long ride back to the capital.