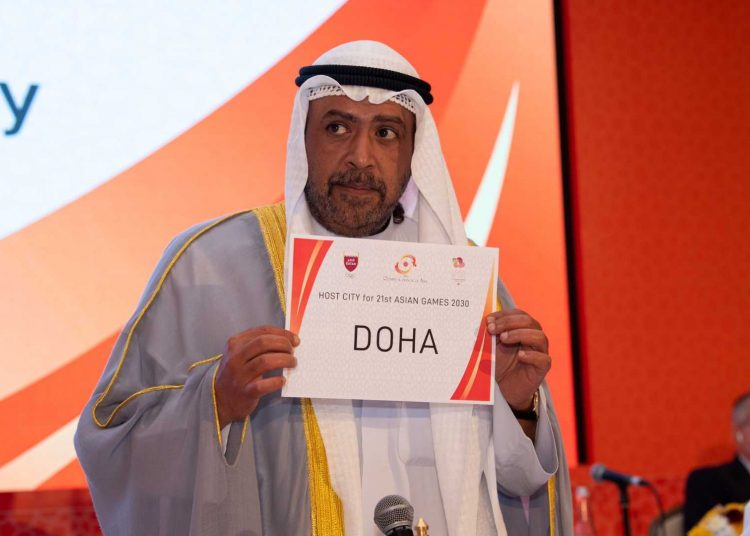 Doha has been chosen to host the 2030 Asian Games following a vote taken on Wednesday during the 39th Olympic Council of Asia (OCA) General Assembly in Muscat, while Riyadh will stage the 2034 edition.

Both rivals were gunning for the 2030 Games but reached a compromise after the OCA President Sheikh Ahmad Al-Fahad Al-Sabah proposed a “win win situation”. An executive board meeting of the OCA unanimously approved that the runner-up in the intriguing two-horse race gets the nod as 2034 hosts.

This means back-to-back Games will be held in West Asia. Doha hosted the Asian Games in 2006 while Saudi Arabia has never organized an OCA multi-sport event.

Voting was repeatedly delayed due to technical problems with the online system. In the end, the 19 National Olympic Committees participating remotely voted electronically, while the 26 nations present at the JW Marriott Hotel walked up to a ballot box one after the other to submit their ballots.

The voting numbers in the host cities election were 27 for Doha, 10 for Riyadh and there were 8 abstentions.