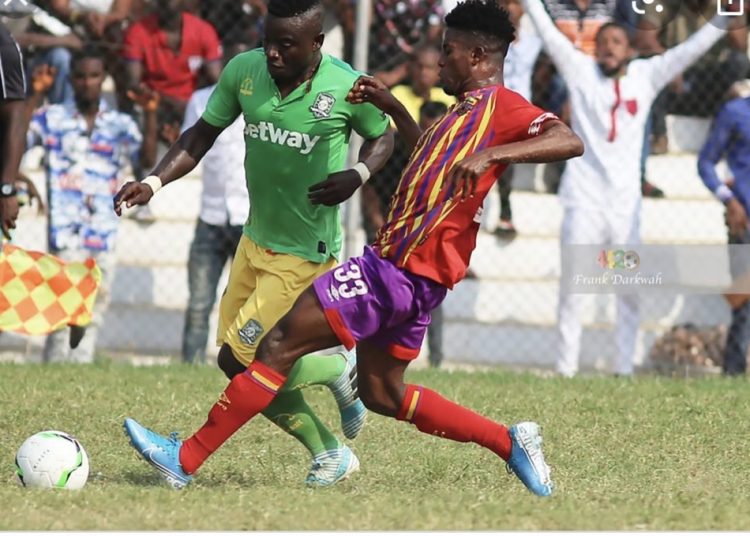 Aduana Stars showed class as they beat Hearts of Oak 2-0 in a rescheduled Ghana Premier  league tie in Dormaa.

Aduana started the brighter of the two teams, causing problems for Hearts aerially.

Aduana’s efforts were finally rewarded in the 42nd minute when Isaac Kwain’s corner found Yaya Mohammed, to connect for the first goal.

Aduana continued their dominance in the second half, as Hearts struggled to create anything meaningful going forward.

Aduana doubled their lead, when Prince Acquah fired in from Isaac Kwain’s corner.

Hearts were however handed a golden opportunity to get a way back into the game after the referee Referee on the day awarded Hearts of Oak a penalty.

But unfortunately for the Phobians, Robert Addo Sowah kicked straight into the waiting hands of Aduana goal keeper, Joseph Addo.

The defeat is Hearts’ second of the season, and Kosta Papic’s first since returning to the club.