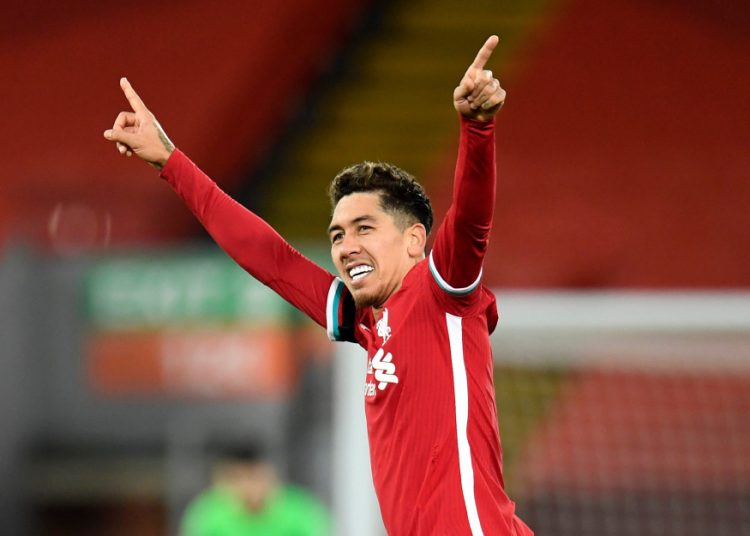 Roberto Firmino struck in the dying moments of the game as Liverpool sealed a huge 2-1 win over title rivals Tottenham.

The Brazilian got up highest from a 90th-minute corner after Heung-min Son had cancelled out Mohamed Salah’s opener.

It sends the Reds top of the Premier League table, leapfrogging the visitors, who will rue several missed chances.

Liverpool bossed the game Jose Mourinho’s Spurs proved their title credentials and could’ve won it themselves.

The champions enjoyed more than three-quarters of the ball, but Tottenham had the better chances, which were wasted by Steven Bergwijn and Harry Kane – of all people.

Liverpool’s opener came courtesy of a lucky deflection as Salah’s strike bounced off Toby Alderweireld – but it was no less than a dominant home side deserved.

Son’s equaliser came totally against the run of play, and it was right on the boundary of offside.

Upon first glance, it looked like Son was going to be the victim of one of those marginal offside calls, with his front foot in a questionable position when Giovani Lo Celso’s exceptional pass was played.

However, the guys at Stockley Park got their lines out and quickly ruled that Son had timed his run to perfection.

A similar pattern emerged in the second-half: more Liverpool possession, but more Tottenham chances out of nowhere.

And Spurs were punished when Andy Robertson’s corner was met by Firmino in the last minute of normal time.

Still, they are only three points behind their hosts following a tough run of fixtures – and on tonight’s evidence, they will be up there come the end of the season.