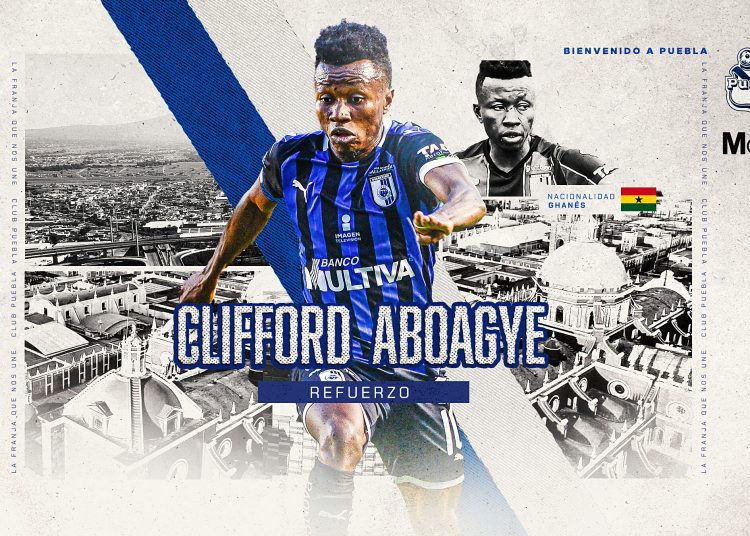 Black Stars midfielder, Clifford Aboagye, has signed for Mexican side Club Puebla on a season-long loan from Club Tijuana.

The former Ghana U20 captain has made his fourth move in Mexico after having short stints with Atlas, Querétaro and Tijuana.

The Blue and Silva club after the completion of the deal for the 25-year-old versatile midfielder expressed excitement on his addition to their squad ahead of the start of the new season.

“Club Puebla is pleased to inform that Clifford Aboagye joins our institution to strengthen the team towards the Clausura 2021 tournament,” a  club statement read.

“The year 2017 marked his arrival in Mexico and Liga MX, where he has been part of teams such as Atlas, Querétaro and Tijuana, a squad from which he arrives in La Franja as a loan for one year.”

The 2013 U20 Silver Ball winner, who is yet to live up to the fullest of expectations, has found a home for himself in Mexico since joining Club Atlas from Granada in 2017.