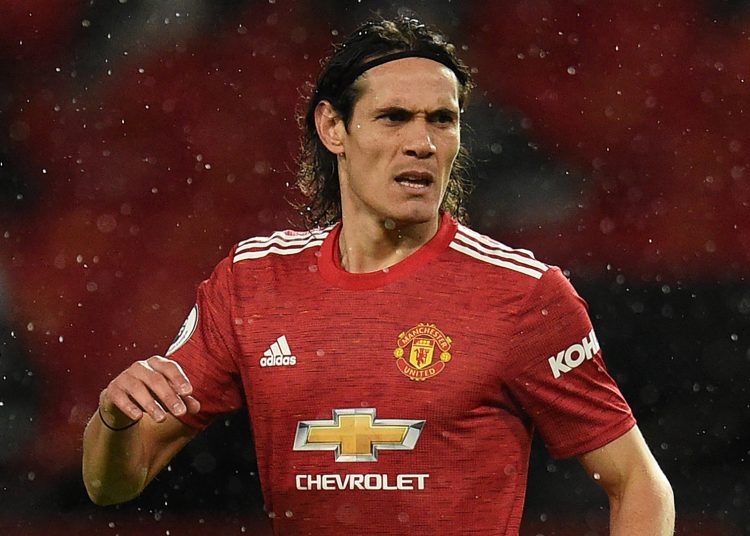 MANCHESTER, ENGLAND - OCTOBER 24: Edinson Cavani of Manchester United during the Premier League match between Manchester United and Chelsea at Old Trafford on October 24, 2020 in Manchester, England. Sporting stadiums around the UK remain under strict restrictions due to the Coronavirus Pandemic as Government social distancing laws prohibit fans inside venues resulting in games being played behind closed doors. (Photo by Oli Scarff - Pool/Getty Images)

Manchester United striker Edinson Cavani has been charged by the FA for using the word ‘negrito’ in a social media post.

Cavani landed himself in trouble after replying to a friend on Instagram following his match-winning performance at Southampton last month.

The Uruguay striker deleted the post and apologised after he was informed that the word is offensive in this country, but it was not enough to avoid action from the FA. 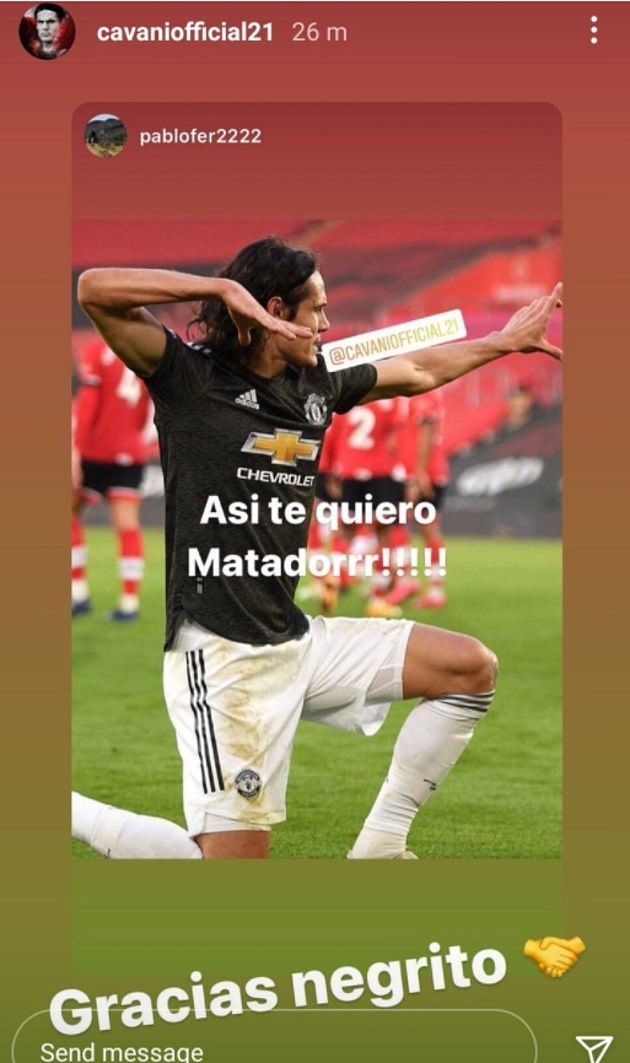 Cavani must now decide whether to contest or accept the charge. He has until January 4 to respond and faces a ban of at least three matches if found guilty.

The news emerged as United prepared to face Sheffield United at Bramall Lane on Thursday evening, although Cavani is likely to miss the game anyway as he completes his recovery from injury.

The FA have yet to confirm their decision to take further action against the 33-year-old but United pre-empted it with a statement issued on Thursday morning.

It read: ‘Manchester United and all of our players are fully committed to the fight against racism, and we will continue to work with the FA – along with other governing bodies and organizations, and through our own campaigns – in that regard.

‘We note the FA decision today to charge Edinson Cavani for his social media reply to a friend’s message of congratulations following the Southampton game.

‘Edinson and the club were clear that there was absolutely no malicious intent behind the message, which he deleted and apologised for as soon as he was informed that it could have been misconstrued. The player and the club will now consider the charge and respond to the FA accordingly.’

The cultural context will be a key factor in Cavani’s defence if he decides to contest the charge.

“It didn’t go down well”: When Andy Robertson wore a Chelsea shirt to a Liverpool party

"It didn't go down well": When Andy Robertson wore a Chelsea shirt to a Liverpool party