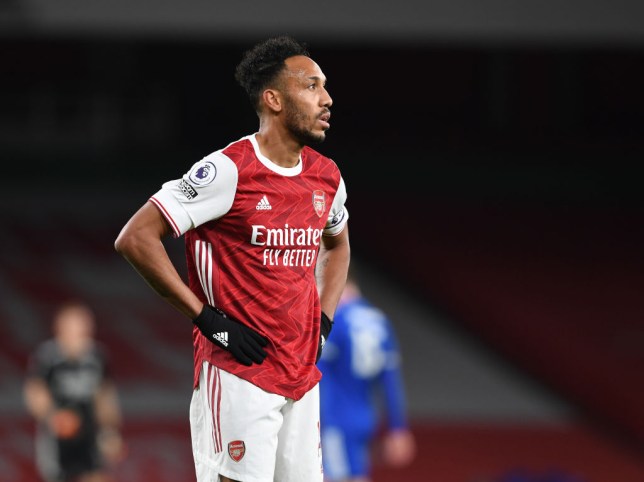 Aubameyang was absent for the Gunners’ 2-1 defeat at Everton on Saturday, after which they find themselves 15th in the Premier League and just four points above the relegation zone.

Tuesday’s game at home to City is an opportunity for Arsenal to forget about their wretched league form and focus on reaching a cup semi-final, but their task is made harder without their captain.

Arteta said: “Auba is not fit for tomorrow, that’s for sure. [He] is feeling much better. He was more positive yesterday (Sunday) than in the previous two days. He will have another scan in the next few days and we will see how quickly we can get him back in the team.

“He knows how important he is for us, he feels the responsibility and he is trying his best to be fit as quick as possible.”

Despite struggling in the league, Arsenal have impressed in the Carabao Cup this season having beaten Leicester and Liverpool away to reach the last eight.

Arteta has already won the FA Cup and Community Shield since becoming the manager 12 months ago, and he believes a win over City can set up the Gunners for more success this season.